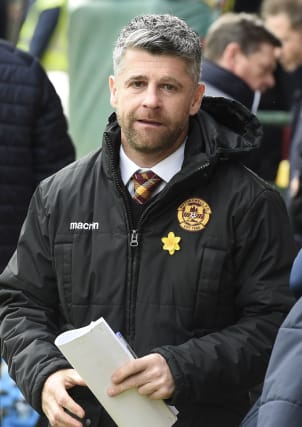 Four football clubs in North Lanarkshire are to display a suicide prevention logo on strips this season to raise awareness of an issue that claims the life of one person almost every week in the area.

Motherwell, Airdrieonians, Albion Rovers and Clyde will all display the Suicide Prevention North Lanarkshire logo on the back of their shirts with further prominent suicide prevention messages from Breathing Space, Samaritans and Childline displayed around their stadiums.

North Lanarkshire Council said almost one person every week dies by suicide in the area.

Motherwell have created a video involving manager Stephen Robinson and captain Peter Hartley to encourage people to talk about the problems they face.

North Lanarkshire Council deputy leader Paul Kelly said: "We work with the local football teams on a number of initiatives and this partnership is vital in helping raise awareness around this sensitive area.

"Suicide devastates lives across Scotland every day of every week. It is vital that if people are feeling suicidal or down that they know help is available. We need to let people know it helps to talk if you are feeling worried or concerned.

"By working together we can have a greater impact in preventing suicide."

Lynne MacDonald, senior social work officer, said: "This partnership means we can use football as a means to reach out to more people to reduce suicide.

"We want to make people aware that there is help available if they are concerned about suicide or are worried about friends or family members.

"By raising awareness of how to recognise the signs sometimes associated with suicide, people will be in a better position to offer support and perhaps save lives."