Theresa May faces claims of abandoning Brexit amid Tory 'war' 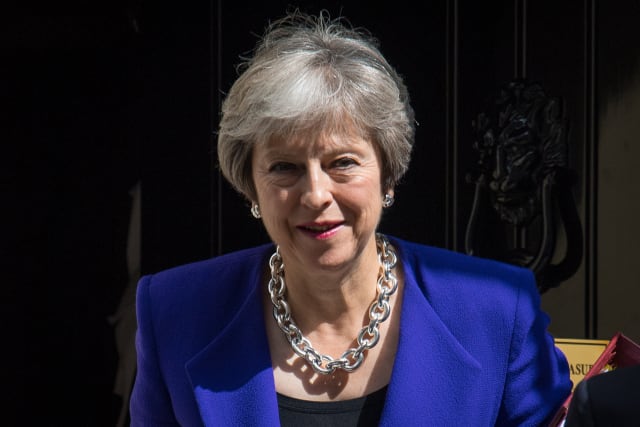 Theresa May faced claims from her backbenchers of deciding "Brexit means Remain" before Jeremy Corbyn slammed the "war" raging inside the Conservative Party.

Mrs May was confronted by Leave-backing Tory Andrea Jenkyns at Prime Minister's Questions, with the Morley and Outwood MP questioning why the Government had backed away from its "Brexit means Brexit" approach.

The Prime Minister dismissed the charge before insisting she was seeking a "workable" solution to issues with the EU.

In a rowdy PMQs, Mrs May also accused Mr Corbyn of being "plain wrong" over his interpretation of the Government's Brexit approach before criticising the Labour leader's decision to protest against US President Donald Trump.

She also claimed Mr Corbyn sought to "renegotiate the definition of anti-Semitism" while she talked about the future security relationship with the EU, adding: "He protests, I deliver."

Mr Corbyn opened by claiming the Government has "sunk into a mire of chaos and division" and asked the PM to guarantee Cabinet ministers will "fully co-operate with the police investigation" following an Electoral Commission report into Vote Leave.

The bad-tempered exchanges between the two leaders came after Ms Jenkyns asked: "Can the Prime Minister inform the House at what point it was decided that Brexit means Remain?"

Shouts emerged from across the Commons, before Mrs May replied: "At absolutely no point because Brexit continues to mean Brexit.

"I understand she's also criticised me for looking for a solution that is workable, I have to say I disagree with her on that - I think what we need is a solution that is going to work for the United Kingdom to ensure we leave the European Union and embrace that bright future."

Boris Johnson watched from the Tory backbenches on his return to the Commons following his resignation as foreign secretary over Brexit.

Mr Corbyn opened with criticism of the Government's current state and, with shouts of "cheats" heard from some Labour MPs, raised questions about the Electoral Commission's decision to refer the Vote Leave campaign to the police for breaching spending rules during the 2016 EU referendum.

Mrs May later defended the Government's acceptance of Brexiteer amendments to key legislation before insisting its "facilitated customs agreement" plan for the EU has not been abandoned and is being discussed with the EU.

Mr Corbyn replied: "Is she seriously expecting 27 member states of the EU are going to establish their own bureaucratic tariff collection infrastructure just to satisfy the war within the Conservative Party in Britain?"

In his final question, Mr Corbyn told the Commons: "With only three months to go until the final withdrawal agreement is due to be signed the Brexit Secretary (David Davis) has resigned, the White Paper is in tatters, the new Brexit Secretary (Dominic Raab) is skipping negotiations, two years of negotiations with themselves and they wanted to shut down Parliament for five days.

"They've even given up negotiating with each other."

Mr Corbyn went on: "Isn't it the case that the Government is failing to negotiate Brexit, failing to meet the needs of the country because they are far too busy fighting each other?"

Mrs May replied: "Let me tell you what I've been doing over the last week."

Mrs May added to Mr Corbyn: "While I was agreeing the future of Nato with President Trump, he was joining a protest march against him.

"And while I was negotiating our future security relationship with Europe, he was renegotiating the definition of anti-Semitism.

"He protests, I deliver."