In a wide-ranging interview with Recode's Kara Swisher published on Wednesday, the 34-year-old CEO discussed Facebook's approach to tackling hoaxes and misinformation, and defended his company's decision not to delete hoax peddlers' posts or ban them outright.

"I'm Jewish, and there's a set of people who deny that the Holocaust happened ... I find that deeply offensive," Zuckerberg said. "But at the end of the day, I don't believe that our platform should take that down because I think there are things that different people get wrong. I don't think that they're intentionally getting it wrong." 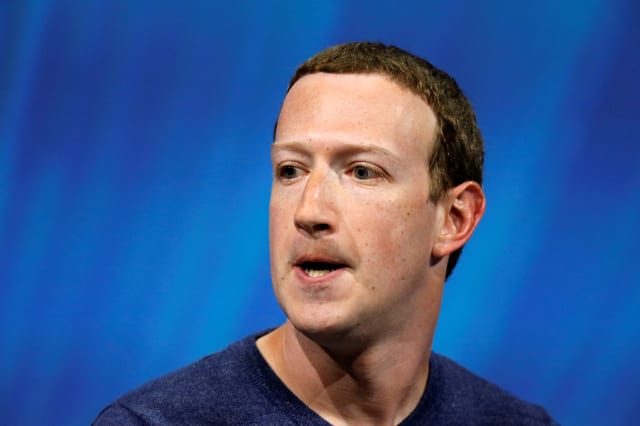 He said he believe it's not Facebook's place to remove content just because it isn't factual, unless it risks actively causing harm to someone. "It's hard to impugn intent and to understand the intent. I just think, as abhorrent as some of those examples are, I think the reality is also that I get things wrong when I speak publicly ... I just don't think that it is the right thing to say, 'We're going to take someone off the platform if they get things wrong, even multiple times.'

He added: "What we will do is we'll say, 'Okay, you have your page, and if you're not trying to organize harm against someone, or attacking someone, then you can put up that content on your page, even if people might disagree with it or find it offensive.' But that doesn't mean that we have a responsibility to make it widely distributed in News Feed."

Zuckerberg's remarks come as the company attempts to recover from a string of bruising scandals, including the spread of fake news and misinformation on its platform by Russian agents and other hoaxers.

In recent weeks, the spotlight has been on Infowars, a conspiracy theory-peddling website that has falsely claimed the Sandy Hook mass shooting was faked. The company has insisted it is cracking down on fake news, but refuses to delete Infowars' page on the social network, where it has more than 900,000 followers.

Zuckerberg said that instead, Facebook's algorithm is punishing fake news pushers, meaning their posts get fewer views and they get less traffic from Facebook's News Feed.

Asked about Infowars, the chief executive said: "The approach that we've taken to false news is not to say, you can't say something wrong on the internet. I think that that would be too extreme. Everyone gets things wrong, and if we were taking down people's accounts when they got a few things wrong, then that would be a hard world for giving people a voice and saying that you care about that. But at the same time ... I do think we have a responsibility to make sure that those aren't hoaxes and blatant misinformation.

He added: "As abhorrent as some of this content can be, I do think that it gets down to this principle of giving people a voice."

NOW WATCH: I tried the newest BlackBerry phone for a week