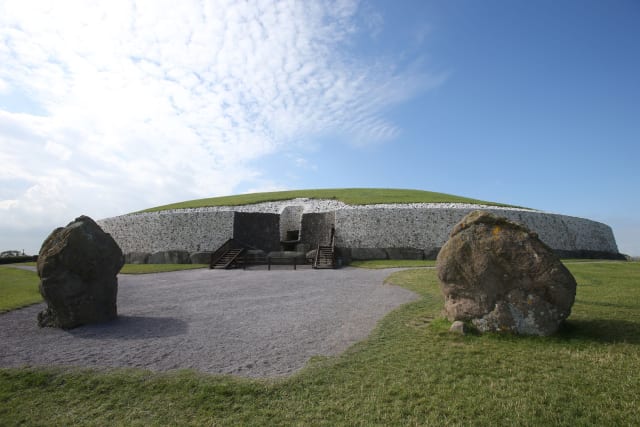 Archaeologists in Ireland have uncovered a 5,500-year-old megalithic passage tomb which has been dubbed the "find of a lifetime".

To date, two burial chambers have been discovered within the western part of the main passage tomb, over which a large stone cairn - 40 metres in diameter - was raised.

The six kerbstones that have been identified so far would have formed part of a ring of stones that followed the cairn perimeter.

One kerbstone is heavily decorated with neolithic carvings and represents one of the most impressive discoveries of megalithic art in Ireland for decades.

During the project, a further two possible satellite tombs were also found.

Dr Cliodhna Ni Lionain, Devenish's lead archaeologist for the project, said: "For the archaeologists involved in this discovery, it is truly the find of a lifetime."

Dr Steve Davis, from UCD School of Archaeology, said: "This is the most significant megalithic find in Ireland in the last 50 years, since the excavation of Knowth.

"The spate of archaeological discoveries in Bru na Boinne - Boyne Valley Tombs - in recent weeks highlights what a globally significant place this is."