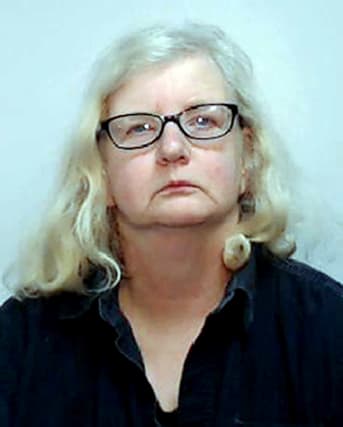 A woman who suffered a "lifetime" of abuse from her bullying father has been jailed for nine years after she killed and buried him in her back garden after finding his horde of child abuse photographs.

Barbara Coombes found a box of photographs belonging to her father, Kenneth Coombes, 87, which contained indecent images of children, a court was told.

The 63-year-old, who had suffered 40 years of physical and verbal torment from her "formidable" ex-military father, then "snapped", Manchester Crown Court heard.

Coombes had been in the garden digging and had in her hands a shovel at the time.

Feeling "utterly disgusted and mortified" she walked into the living room at the family home and hit him over the back of the head with the shovel.

As he turned around she then hit him a second time, slashing his throat with the blade edge of the tool.

As he bled to death, she wrapped him in carpet and put him in the garden before ordering a ton of soil and burying him the next day.

Coombes, a "quiet and timid middle-aged lady" who had never been in trouble with the police, continued a series of elaborate lies to her family and the authorities for 12 years until suspicions were raised by housing officials.

On January 7 this year, the day before a home visit by a housing officer to see her father was due, she walked into her local police station and confessed.

On Wednesday, Coombes pleaded guilty to manslaughter on the grounds of diminished responsibility and was jailed for nine years.

The prosecution accepted she was suffering post-traumatic stress disorder and a severe depressive illness which "substantially impaired" her responsibility.

Coombes also admitted preventing a decent burial and fraud by claiming her father's pension and benefits worth £189,125 over the previous 12 years.

Passing sentence Mr Justice Timothy King told her: "I accept the effect of the abuse over the years on you has been devastating.

"The history of abuse may explain but not justify the taking of life.

"Some members of the public may think the sentence wholly inadequate given what you did. Others may say it is far too much given the history of abuse. I have no doubt it is an appropriate sentence."