Guard of Honour and tea with the Queen for Trump 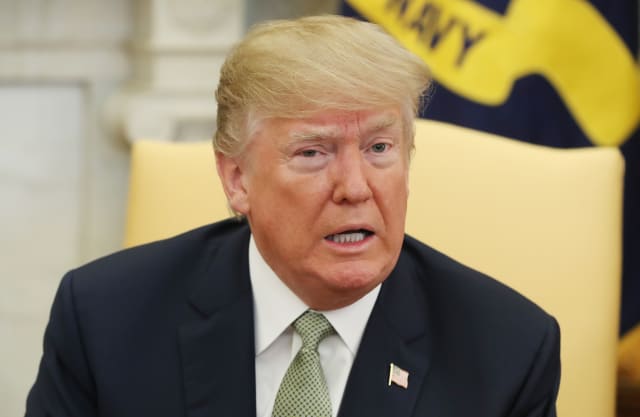 US President Donald Trump will be treated to a Guard of Honour when he meets the Queen at Windsor Castle.

Buckingham Palace announced that the monarch will meet the American leader and First Lady Melania Trump at the dais in the Quadrangle of the historic Berkshire royal residence on Friday.

A Guard of Honour, formed of the Coldstream Guards, will give a Royal Salute and the US national anthem will be played.

The Queen and Mr Trump will inspect the Guard of Honour before watching the military march past.

Mr and Mrs Trump will also join the Queen for tea at the Castle.

One of the biggest ever police operations will be staged to cover Mr Trump's brief stay in the UK.

Nearly every force in England and Wales has contributed officers to help with the massive mobilisation, the biggest since the 2011 riots.

Thousands of officers will be on duty to cover the visit, during which President Trump is expected to visit locations including Blenheim Palace, Chequers, Windsor Castle, the US ambassador's official residence in Regent's Park, London, and Scotland.