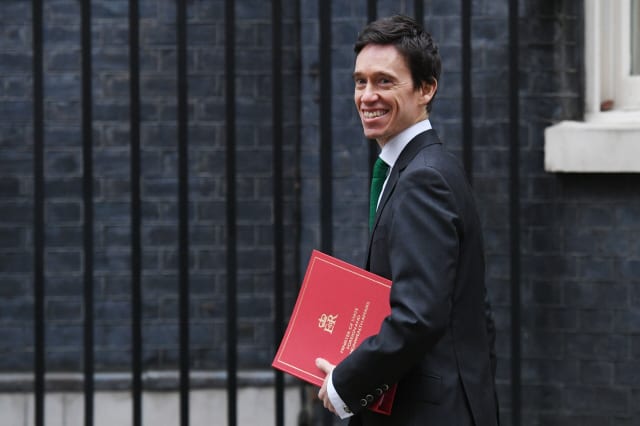 A Justice Minister enjoys donning his budgie smugglers and sitting in the back garden on a Sunday afternoon, an MP has claimed.

Conservative Johnny Mercer (Plymouth Moor View) made the comments about Rory Stewart as he raised concerns about drones flying over people's land.

There were shouts of "What?" and laughter from the backbenches as Mr Mercer said: "I know (Mr Stewart) likes nothing more than donning his budgie smugglers and sitting in the back garden on a Sunday afternoon - drones can be a menace in that regard."

Mr Mercer, who had earlier asked about Government action to tackle the use of drones over prisons, then said: "Can he confirm exactly what he's doing and some of the measures he's putting into place to combat drones in prison?"

Commons Speaker John Bercow remarked that it sounded like a "very rum business to me".

And Mr Stewart replied: "Mr Speaker, you're right - that sounds a pretty rum business to me.

"The serious point about drones is that they are bringing illicit substances into prisons more than flying over my back garden in Penrith and the Border.

"And the key way of dealing with this, I think, of the four methods that I emphasised, the one which is most important of all is the question ultimately of physical security.

"If we have the right nets and the right grills, it is simply impossible for the prisoner to put their hand out of the window and take the drugs off the drones.

"Perimeter security of those four is probably the most important."