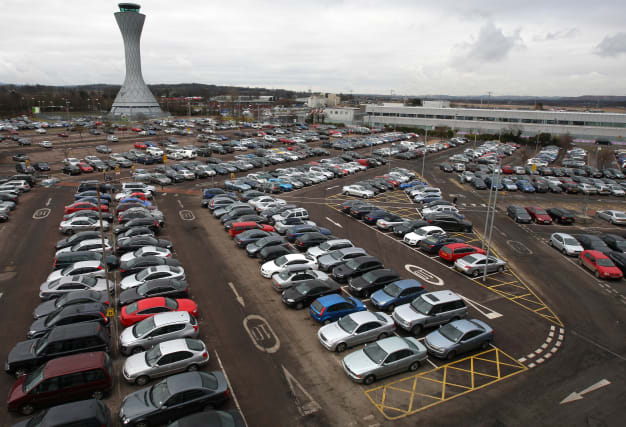 More than two-thirds of airports have raised their parking fees for drivers picking up friends or relatives this summer, according to new analysis.

Thirteen out of 19 airports have hiked their prices for car parks close to terminals that drivers can use when picking up passengers, an RAC study revealed.

The most expensive is London Luton, where it costs £8 for up to 30 minutes' parking, researchers found.

This is compared with £7 for 40 minutes last year.

London Stansted in Essex is the second most expensive, with motorists charged £5.50 to park for up to half an hour, followed by Birmingham airport where the fee is £5.10 for no more than one hour.

The airports have raised their prices by 50p and 20p respectively this year.

Out of four airports with an initial charge of £4, Edinburgh offers the worst value as the fee only gives drivers 15 minutes of parking.

London Heathrow, London Gatwick and Manchester all allow twice as long for the same price.

The largest percentage increase in charges has been inflicted on drivers using Southampton airport.

Its fee doubled from £1 to £2, although the length of stay has been extended from 10 minutes to a quarter of an hour.

RAC spokesman Rod Dennis predicted that many people will be in for a nasty surprise when collecting loved ones at airports this summer.

He said: "With thousands of motorists driving to airports to pick up and drop off friends and family members, many will unfortunately find themselves shocked by some of the extortionate parking tariffs operated by some airports.

"Our advice is to check parking fees and time limits well before setting out for an airport this summer so as to avoid a nasty shock.

"Drivers should also be aware of just how high some charges can be if they inadvertently stay longer picking up or dropping off than they originally meant to."

A spokesman for London Luton claimed the RAC had "chosen to misrepresent facts", stating that it offers a "set down area" where drivers can pick up or drop off passengers for a charge of £3 for 10 minutes.

Free parking for various lengths of time is offered at car parks further from the terminal building.

London Luton says its parking charges are set to "manage a limited number of spaces" as its short-term car park is currently closed for the construction of a light rail link to the nearest train station and a second multi-storey car park.

Parking at airports has been a controversial issue in recent months, with some holidaymakers finding their cars vandalised after parking on nearby residential streets to avoid fees.

Passengers using London Luton, Manchester and Liverpool airports are among those affected.

Here are the initial fees for using a car park close to airport terminal buildings to pick up passengers, according to the RAC:

19. Leeds Bradford: Free for one hour