Theresa May faces Cabinet showdown over Brexit at Chequers 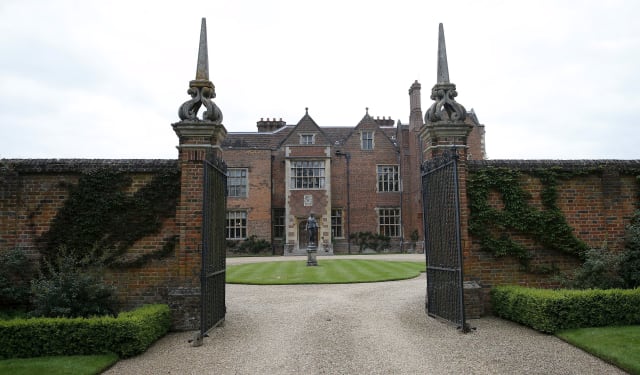 Theresa May was battling to keep her Cabinet together ahead of a crunch Brexit showdown at her country retreat.

Ministers will gather at Chequers to consider plans which could see the UK remain closely aligned to rules set by Brussels on agriculture and food, potentially making it much harder to strike a post-Brexit trade deal with the US.

Downing Street insisted it is "categorically untrue" that the post-Brexit relationship with the EU envisaged by Mrs May would make a trade deal with the US impossible.

The Prime Minister insisted the Government would secure a Brexit which would allow "ambitious" trade deals with the US, Australia and New Zealand.

But the plans led to open revolt among Eurosceptic Tory MPs, while Brexit Secretary David Davis is understood to have severe reservations about both the proposal and whether it could prove acceptable to Brussels.

Ahead of the Chequers meeting, which will see Cabinet ministers engaged in talks lasting all day and into the night at the Buckinghamshire retreat, the Prime Minister said the Government had "an opportunity - and a duty" to reach agreement.

"The Cabinet meets at Chequers ... to agree the shape of our future relationship with the European Union," she said.

"In doing so, we have a great opportunity - and a duty. To set an ambitious course to enhance our prosperity and security outside the European Union - and to build a country that genuinely works for everyone.

"We want a deal that allows us to deliver the benefits of Brexit - taking control of our borders, laws and money and by signing ambitious new trade deals with countries like the US, Australia and New Zealand.

"This is about agreeing an approach that delivers decisively on the verdict of the British people - an approach that is in the best interests of the UK and the EU, and crucially, one that commands the support of the public and Parliament."

On the eve of the Chequers meeting, Brexiteer ministers held their own private talks in Westminster.

A Cabinet source confirmed there was a "private meeting".

He left on foot, ignoring questions from reporters about his political future if the Brexit deal hampered the UK's ability to strike trade deals.

Dr Fox was understood to be happy with the reassurances he had been given by the Prime Minister at the meeting.

Chief Whip Julian Smith, in charge of party discipline, insisted "the Prime Minister will have a great day" at Chequers.

Reports suggested that the Prime Minister will concede to ministers on Friday that plans to align the UK with EU regulations on goods and agriculture make a US deal unlikely.

American commerce secretary Wilbur Ross has previously warned that a failure by the UK to break away from EU food safety rules in areas such as GM crops and chlorinated chicken would get in the way of a successful trade agreement.

Papers circulated to ministers ahead of Friday's crunch meeting at Chequers are reported to recommend that the UK should maintain a "common rulebook" with the EU for all goods, including agricultural and food products.

The document, obtained by The Spectator, also reportedly says that "we would strike a different arrangement for services, where it is our interests to have regulatory flexibility, recognising this will result in reduced market access".

And the magazine quotes the paper as saying that these arrangements "would not allow the UK to accommodate a likely ask from the US in a future trade deal" as the UK would be unable to recognise the US's "array of standards".

Eurosceptic former Cabinet minister Owen Paterson said that, if true, the plans would represent "a complete breach of Theresa May's manifesto commitment, reconfirmed to me at PMQs yesterday, to leave (the) single market, customs union and European Court of Justice."

Mr Paterson said: "We could not eliminate tariffs to reduce prices for consumers and  businesses, or strike free trade deals.

"If true, this would deny 100% of British economy the full benefits of Brexit to appease only 12% of UK GDP accounted for by exports to EU and be completely at odds with what 17.4 million voted for.

"We would be out of Europe but still run by Europe."

Tory Lucy Allan said of the plans "this is not Brexit" while Andrea Jenkyns said Brexiteers "cannot support any deal that restricts our trade with other countries".

She warned "from what we are hearing, prepared to vote against this".

One Brexiteer source said backbench Eurosceptics did not expect the PM's plans to even reach MPs because "Boris and David aren't having it".

But a Number 10 spokeswoman said: "It is categorically untrue to suggest that we will not be able to strike a trade deal with the US."

On the eve of the Chequers talks Mrs May held discussions with one of Europe's key power brokers, German Chancellor Angela Merkel.