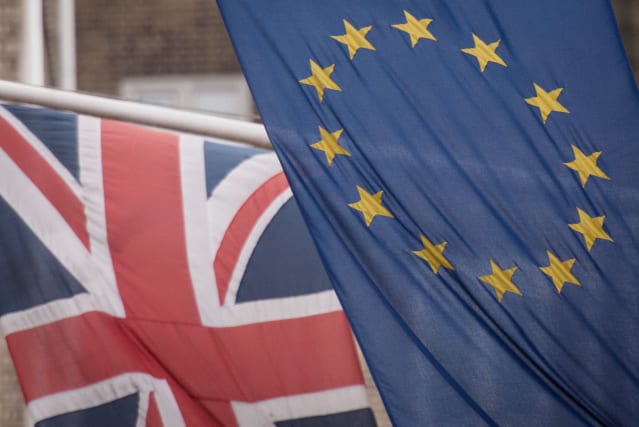 Downing Street has insisted it is "categorically untrue" that the post-Brexit relationship with the EU envisaged by Theresa May would make a trade deal with the US impossible.

It came as reports suggested that the Prime Minister will concede to ministers on Friday that plans to align the UK with EU regulations on goods and agriculture make a US deal unlikely.

American commerce secretary Wilbur Ross has previously warned that a failure by the UK to break away from EU food safety rules in areas such as GM crops and chlorinated chicken would get in the way of a successful trade agreement.

Papers circulated to ministers ahead of Friday's crunch meeting at Chequers are reported to recommend that the UK should maintain a "common rulebook" with the EU for all goods, including agricultural and food products.

The document, obtained by The Spectator, also reportedly says that the price for divergence from EU rules and regulations on services is likely to be reduced access for UK-based firms to European markets.

And the magazine quotes the paper as saying that this deal "would not allow the UK to accommodate a likely ask from the US in a future trade deal" as the UK would be unable to recognise the US's "array of standards".

The document emerged as Mrs May flew to Berlin for talks with German Chancellor Angela Merkel in which Brexit is thought to have been high on the agenda.

With less than a day to go before senior ministers meet in Buckinghamshire to thrash out a White Paper for publication next week, Mrs May's proposals, if confirmed, are likely to infuriate eurosceptic members of her Cabinet such as Foreign Secretary Boris Johnson and Brexit Secretary David Davis.

Eurosceptic former Cabinet minister Owen Paterson said that, if true, the plans would represent "a complete breach of Theresa May's manifesto commitment, reconfirmed to me at PMQs yesterday, to leave (the) single market, customs union and European Court of Justice."

Mr Paterson said: "We could not eliminate tariffs to reduce prices for consumers and  businesses, or strike free trade deals.

"If true, this would deny 100% of British economy the full benefits of Brexit to appease only 12% of UK GDP accounted for by exports to EU and be completely at odds with what 17.4 million voted for.

"We would be out of Europe but still run by Europe."

One Brexiteer source said backbench eurosceptics did not expect the PM's plans to even reach MPs because "Boris and David aren't having it".

But a Number 10 spokeswoman said: "The Prime Minister has always been clear that we will seek a comprehensive and ambitious trade deal with the US that reflects the strengths of our trading and investment relationship.

"The president (Donald Trump) himself has always made it clear that he is keen to sit down and talk with the UK about that.

"The president and Prime Minister will have an opportunity to talk about it next week.

"It is categorically untrue to suggest that we will not be able to strike a trade deal with the US."