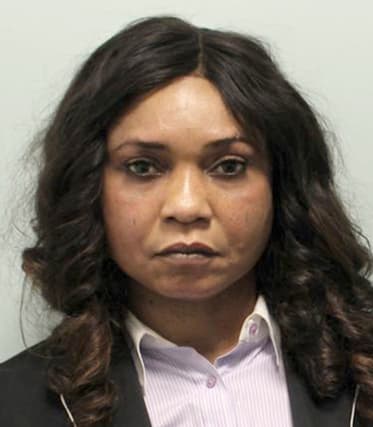 A London-based nurse who used voodoo threats to traffick vulnerable women from Nigeria to Germany to work as prostitutes has been jailed for 14 years.

Josephine Iyamu exposed her five victims to a "real and significant" risk of death as they made hazardous journeys across north Africa and the Mediterranean to Italy.

All five women were forced to swear oaths to hand over money during "juju" ceremonies which saw them ordered to eat chicken hearts, drink blood containing worms, and endure powder being rubbed into cuts.

Iyamu, a married 51-year-old formerly of Wilson Grove, Bermondsey, is the first person to be prosecuted in the UK for arranging or facilitating travel for sexual exploitation of victims with no connection to Britain.

As well as being found guilty of five offences under the Modern Slavery Act, Iyamu was convicted of perverting the course of justice while on remand, by arranging for relatives of the complainants in Nigeria to be arrested.

Passing sentence at Birmingham Crown Court, Judge Richard Bond told the Liberia-born nurse that her "vile" offences had left the women in fear of their lives.

As Iyamu stared at the floor in the dock, Judge Bond told her she would have been fully aware of the dangers involved in a four-week land journey across the Sahara to Tripoli in Libya, followed by a sea voyage on inflatable boats.

Passing sentence, the judge told Iyamu: "Trafficking human beings is an ugly offence - it must always be dealt with severely by the courts to deter others from taking part in this vile trade.

"You showed a complete disregard for the welfare of these women. You saw them not as living, breathing human beings but as commodities to earn you large sums of money.

"All five of your victims had to be rescued from the boat they were on, before being put into a camp in Italy. You understood the potential dangers, you simply did not care."

As well as physical scarring caused by the voodoo ceremonies, the victims had been "psychologically kept under lock and key" by death threats made during the rituals, the judge said.

Iyamu, who was made a British citizen in 2009 having been allowed to stay in the UK due to her nursing qualifications, is known to have declared a modest income of around £14,500 in 2016/17 from her work as an NHS agency nurse.

But inquiries after Iyamu's arrest in 2017 found she was able to afford to spend thousands on international air travel and to afford a large home in Benin City in Nigeria - complete with servants' quarters.

Opening the case at the start of the trial, prosecutor Simon Davis told jurors the complainants endured awful conditions while being trafficked on a route where sexual assaults, rape, kidnap and death were commonplace.

Mr Davis said it was clear that Iyamu, know as "Madam Sandra", had travelled extensively across Europe and into Africa on a regular basis to meet victims.

Defence counsel John Benson QC told the court Iyamu - the daughter of a politician - had "lost everything" as a result of her conviction, including her hope of pursuing a political career in Nigeria.