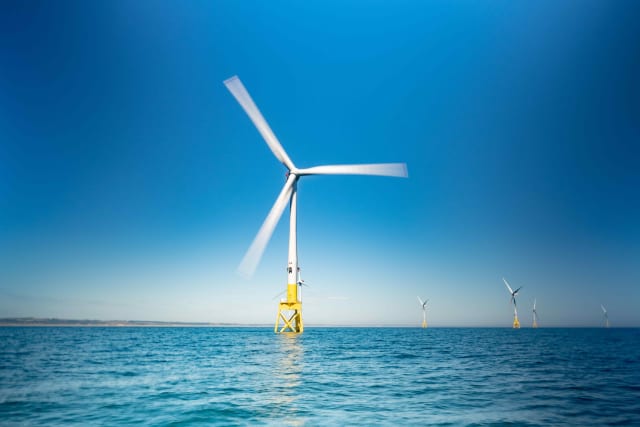 An offshore wind farm that faced opposition from Donald Trump has generated its first power.

Vattenfall's European Offshore Wind Deployment Centre (EOWDC) off the coast of Aberdeen successfully exported to the national grid on Sunday.

The power, from the first of the development's 11 turbines to go live, was carried through 66 kilovolt (kV) subsea cabling, the first time that cabling of such capacity has been installed on a commercial offshore wind project in Scotland.

The generation of power was hailed as a significant milestone for the project, which faced delays including a legal challenge from Mr Trump, who claimed the turbines would ruin the views from his golf course at Balmedie.

The turbines at the site are the most powerful in the world, standing 191 metres tall, with each blade 80 metres long and a 164-metre rotor that has a circumference larger than that of the London Eye.

The development is expected to reach full power later in the summer.

Project director Adam Ezzamel said: "We have overcome major engineering and technical challenges to achieve first power on the cutting-edge EOWDC thanks to the collective expertise of Vattenfall and our contractors MHI Vestas, Boskalis and Murphy.

"Our priority now is to fully commission the wind farm safely throughout the summer.

"First power from EOWDC reinforces north-east Scotland's status as Europe's energy capital and will help establish the region as an international centre for offshore wind generation."

He said: "I congratulate the project team at Vattenfall for not only a successful installation but also their achievement in generating electricity from the world's most powerful offshore wind turbines which, with each rotation at full power, will generate enough energy to power a home for 24 hours.

"Once the test and demonstration site is fully operational, not only will this help the offshore wind sector to further reduce its costs through lessons learned during operations, but the output from EOWDC will itself add significantly to Scotland's renewable electricity generating capacity, building on figures announced last month that showed installed capacity reached a record 10.4GW in the first three months of 2018 and which also provisionally indicated that renewable sources met an equivalent of 69% of Scotland's electricity demand in 2017."

Jean Morrison, chair of Aberdeen Renewable Energy Group, added: "The timescale between the first installation and first power is remarkable.

"The techniques and innovations developed at the EOWDC will be hugely significant for the industry and should help to reduce the future costs of offshore wind.

"As energy demand grows, we need to maximise the returns from our natural resources and offshore wind can help us do that."