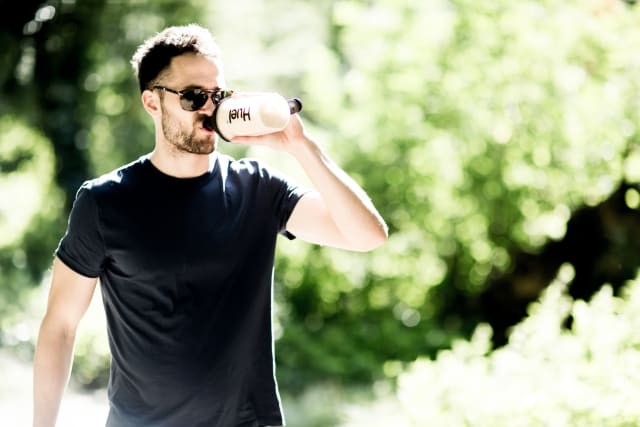 Huel has drawn up a shortlist of investors that could take a stake by year-end, as the meal replacement brand prepares for a growth spurt that it hopes will create a £1 billion business within the next four years.

Founder Julian Hearn told the Press Association that the company has been speaking to both venture capital (VC) and private equity (PE) firms and is now deciding on whether to clinch a partner from Britain or the US - which recently overtook the UK in sales.

Huel - which stands for "Human Fuel" - is the brainchild of Mr Hearn and his co-founder and former NHS dietician James Collier.

The Buckinghamshire-based company has tapped into a meal replacement market formerly dominated by body building and weight loss brands by offering a complete nutrition product for the average consumer that he says finds themselves too busy to be healthy.

The 100% vegan powder - which is a mix of oats, flaxseed and pea and brown rice protein - has since expanded into bars and granola products, competing with the likes of Soylent which has become a major hit among techies in Silicon Valley.

Aside from Mr Hearn's initial investment of around £250,000 - which was funded by the sale of his previous business promotionalcodes.org.uk - Huel has managed to grow without any outside investment today.

"We don't need external investment. However, as you can probably imagine we've been approached by lots and lots of PE firms and VC firms and some are very tempting so we're currently in the process and we'll probably do a deal at some point this year, and that would provide us additional capital to grow faster."

He said the firm is in a stronger negotiating position as a result.

"We want founder friendly terms. We're raising at a point when we don't actually need the money so we think we can be quite bullish on that, and we're looking for a strong valuation."

Huel was recently considering a stock market flotation but Mr Hearn said it turned out to be such a complex and drawn out process that it risked distracting the company from developing the brand and its products.

However, an initial public offering (IPO) could be back on the cards within the next four years, when he expects the business will be worth up to £1 billion.

"The company's grown at such a rate we're pretty sure there will be a sale of the company or possibly an IPO at some point."

He added: "We know what we're worth and we've got a plan to be worth - it sounds a little bit crazy - but we think we're going to be worth hundreds of millions, up to a billion (pounds) at some point in the next four years."

UK supermarkets have also been approaching the company, raising the likelihood that its non-powder products -namely the granola and bars - could hit the shelves sometime next year.