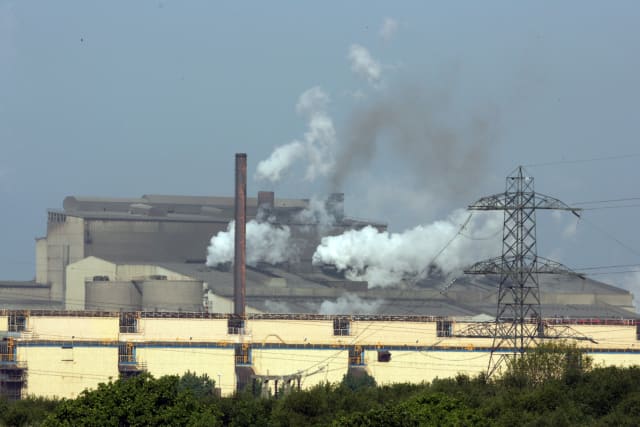 Unions have welcomed a merger between steel giants Tata and Thyssenkrupp, which is set to secure jobs and lead to investment.

The deal confirms a joint venture between Tata and the German firm and ends years of uncertainty over the future of plants including the Port Talbot works in South Wales.

Roy Rickhuss, general secretary of the Community union, said there will now be "significant" investment across Tata Steel's UK business.

"Steelworkers have fought hard to ensure the future of British steel-making. As part of this joint venture, we have secured significant investment across Tata Steel's UK business, including a repair of Port Talbot's blast furnace number five, which could see it produce steel until at least 2026," he said.

"With a commitment to avoid compulsory redundancies until October 2026, and the first £200 million of any operating profit being invested back in the business, this joint venture has the potential to safeguards jobs and steel-making for a generation."

"However, this joint venture will only succeed if the necessary strategic investments are made to allow the business to thrive," he added.

"This is a significant milestone for Tata Steel and we remain fully committed to the long-term interest of the joint venture company.

"We are confident that this company will create value for all stakeholders."

Dr Heinrich Hiesinger, chief executive of Thyssenkrupp, said : "We will create a highly competitive European steel player based on a strong industrial logic and
strategic rationale.

"We will secure jobs and contribute to maintaining value chains in European core industries."

Tata said it had made a specific commitment that its ambition is not to have any compulsory redundancies in the UK as a result of the joint venture.

A statement said: "We remain committed to developing our existing employees, and bringing in new talent to improve the capability of our UK workforce whose dedication, resourcefulness and energy is so valued."

Plans to invest in extending the life of Blast Furnace 5 at Port Talbot have been approved and will go ahead this year, said the company, adding: "This is a critical part of our UK strategy and will underpin improvements throughout the UK supply chain."

The business case for a full relining of the blast furnace will be made in the coming years.

The decision to combine the steel businesses in a 50/50 joint venture will create the second biggest steel firm in Europe after Arcelor Mittal.

Unite union national officer Tony Brady said: "Tata Steel's UK workforce is world-class and has worked tirelessly under a cloud of uncertainty to keep steel making alive in the UK.

"Those steelworkers have made great sacrifices in working to secure a future for Tata Steel.

"We will be seeking guarantees over jobs and investment for the UK operations of the joint venture to secure the future of UK steel. The UK plants desperately require a level playing field through investment and commitment to the long-term future of steel-making at Port Talbot."

Ross Murdoch, national officer of the GMB, said: "Along with our sister unions in Tata Steel, GMB has always strived to secure jobs and long term investment for the highly skilled workforce within Tata Steel UK.

"We will continue to ensure jobs and investment remain the key underpinning priorities within any final joint venture, which must equate to opportunities for our members in the UK, particularly after the difficult and uncertain recent times they have faced."