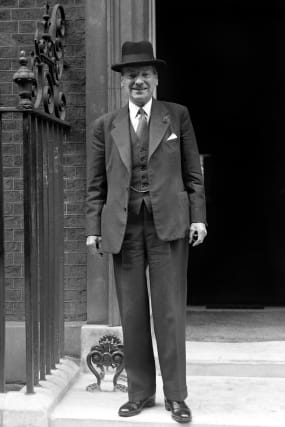 The prime minister who created the NHS would be "horrified" that patients "abuse" the health service by missing appointments, his granddaughter has said.

Jo Roundell Greene, the granddaughter of Clement Attlee, said when the health service was created people were "so grateful" but now some people take the system "for granted",

Money wasted on missed appointments could help the health service provide patients with cutting-edge treatments and new medicines, she said.

In an interview with the Press Association, Ms Roundell Greene, who is one of Mr Attlee's 11 grandchildren, said: "I think he would be delighted that it is still going but it doesn't look anything like it did when it was first envisaged.

"I think that he would be delighted that we are able to help the most vulnerable people who really need to have free medical help, but quite horrified perhaps by some of the abuse that it has had - little things like people not turning up for appointments and just not bothering.

She added: "When it was first introduced people were so grateful.

"People who had things wrong with them for a long, long time who couldn't afford to go and seek medical treatment, suddenly had access to the help that they needed and it made such a big difference and they were grateful.

"But I think it's like so many things, you sort of take it for granted."

On people missing appointments she added: "I just think it's a real problem."

She added: "We get people turning up at A&E late on Friday nights and things because they've had too much to drink and it's abusing the system really."

Ms Roundell Greene continued: "On the other hand there is all of the research and development and there is wonderful new drugs that are coming forward and people need access to those as well and then there is a cost problem there.

"So if you can address the cost problem at the front end it might help with the cost problem of these very expensive drugs. Because every time somebody misses an appointment it costs a lot of money."

According to NHS Digital figures, patients in England did not attend almost eight million hospital outpatient appointments in 2016/17 - or 6.7% of appointments.

NHS England has said because each hospital outpatient appointment costs the NHS around £120, that means almost £1 billion worth of appointments were missed.

This is the equivalent of 257,000 hip replacements or 990,000 cataract operations, the health body said in January.

As part of the NHS's 70th anniversary plans the health service is encouraging people to make a series of pledges - including that they will attend all of their appointments.

He oversaw the creation of the NHS, by introducing the National Health Service Act 1946 which made healthcare free on the basis of citizenship and need rather than the payment of fees or insurance premiums.

Ms Roundell Greene has followed in his footsteps by working in politics as a Liberal Democrat councillor and serves as the deputy leader of South Somerset District Council.

Two of Mr Attlee's other grandchildren work in the health service, as a pharmacologist and GP.

"We all feel very proud about it (the NHS)," Ms Roundell Greene added.

"It is something very special in our family.

"Our National Health Service is so precious to this country, we cannot afford to play games with it."

On the £20 billion extra funding promised to the health service, Ms Roundell Greene added: "I think it is ridiculous. I think they're just moving all the food around the plate.

"I'm so cross about the whole way the Government is talking about this and it's all tied up with Brexit.

"I think what we should do is 1p on income tax, which is what my party suggested. Most people won't notice it and people who don't pay any tax won't pay it.

"I strikes me as the best way to fund our National Health Service.

"We do have to pay for it. But it needs to be a very clear and transparent way of paying for it. Not pretending that it is something from somewhere else because there isn't any more money, so I think Mrs May needs to be upfront and say 'right, we are going to put a penny on income tax to pay for the National Health Service'.

"And it should be ring fenced. None of this 'oh well we'll get a bit from here and we'll get a Brexit rebate' - that's an absolute load of nonsense and I really think it's not being straight with people."