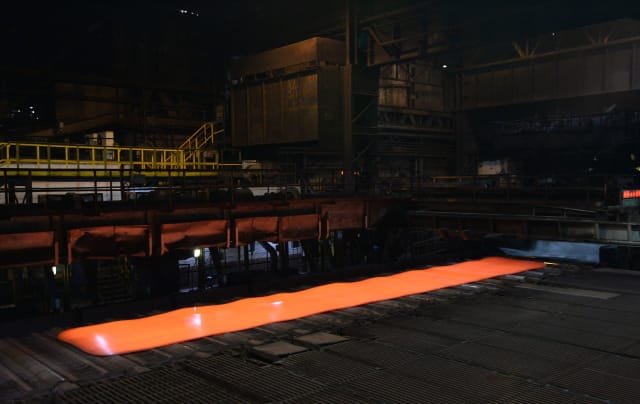 German steel production firm Thyssenkrupp has reached an agreement on a European joint venture with Tata Steel, the company said.

The flat steel businesses of the two companies in Europe and the steel mill services of the Thyssenkrupp group will merge in the proposed 50:50 joint venture.

The German-based company's executive board approved the plans on Friday after signing a memorandum of understanding last September, and a binding contract is expected to be signed soon.

It has been reported the deal would create the second largest steel maker in Europe behind ArcelorMittal.

Both firms employ a total of 48,000 workers, with Tata owning UK plants including Port Talbot in South Wales, which employs 4,000 people.

When the memorandum was signed, Hans Fisher, chief executive of Tata Steel Europe, said there would be potential job losses of 2,000 split between the two companies, with those initially in sales and marketing.

A statement from Thyssenkrupp said: "The joint venture with Tata Steel is an important milestone for the transformation of Thyssenkrupp to an industrials and service group and will lead to a significant improvement of the financial figures of Thyssenkrupp."

The announcement comes amid concerns of a trade war after US president Donald Trump imposed a 25% tariff on imports of steel, and a 10% tariff on aluminium, on the European Union, Canada, and Mexico at the start of June.