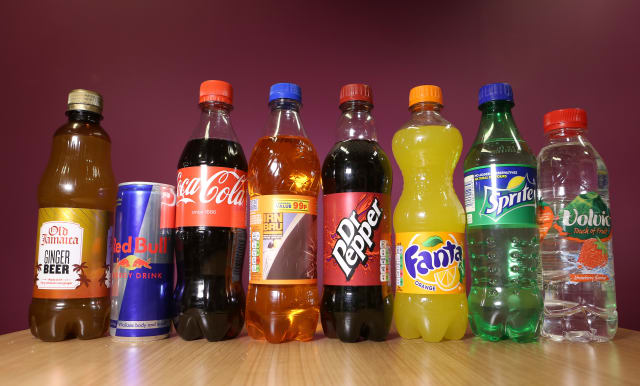 Ten million teaspoons of sugar have been removed from NHS canteens, shops and vending machines - the equivalent of 1.1 million cans of fizzy drink - after the majority of hospital trusts signed up to a voluntary scheme.

Last year NHS England chief executive Simon Stevens challenged trusts to reduce the sale of sugar-filled drinks to 10% or less of those bought on the premises.

The health body said 87% of trusts have now acted and the proportion of drinks with added sugar sold on NHS premises has been cut from 15.6% to 8.7%, successfully meeting the challenge.

Last year NHS England said sugary drinks would be banned if trusts failed to take action, at a point when more than a third had still not joined the scheme.

It is proposing to make the measure mandatory from April 2019, subject to consultation.

Mr Stevens said: "The NHS is now putting its own house in order in the fight against flab - with the vast majority of hospitals answering the call to action.

"Obesity is one of the biggest long term challenges facing us as the NHS enters its eighth decade, so action now will avoid storing up a long list of preventable and expensive health problems for the years ahead."

Some 14 national suppliers, including Boots, WH Smith, Marks & Spencer and Greggs have signed up to the voluntary scheme along with 201 of 232 trusts.

"It is associated with heart attacks, cancer, Type 2 diabetes and a number of other illnesses - causing personal suffering and costing the health service and in turn the taxpayer, billions every year.

"And for all of those conditions, wherever possible, prevention is preferable to cure and that's why it's important the NHS sends out the right message by cutting sales of sugary drinks and offering healthier food and drinks to patients, relatives and our 1.3 million staff."