Accountancy watchdog questions whether BHS was solvent ahead of sale 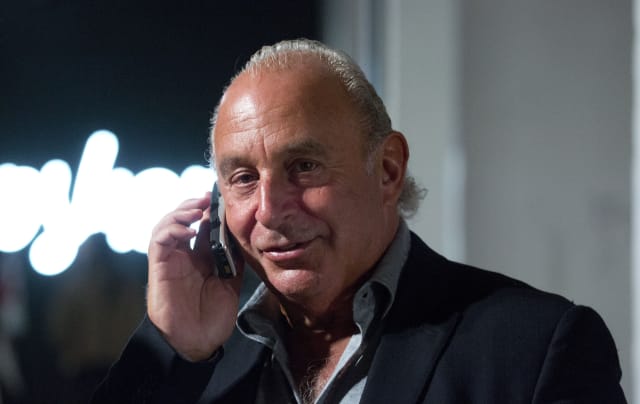 The accountancy watchdog has questioned whether BHS was a solvent company when it was sold by Sir Philip Green to serial bankrupt Dominic Chappell.

The Financial Reporting Council's (FRC) lawyers have written in skeleton arguments submitted to High Court that the basis for signing off BHS as a going concern was "obviously insufficient".

The FRC has since fined PwC a record £10 million for its audit of BHS ahead of the doomed sale. It also sanctioned Steve Denison, the partner responsible.

The conclusions reached by the FRC in its investigation of the BHS audit have been revealed in court documents released on Friday.

The documents said: "After investigation, the executive counsel concluded that the basis of the going concern statement was obviously insufficient in the face of the pending sale.

"The assumptions behind the impairment review were not supported by evidence obtained by PwC and were not reasonable; and other deficiencies in PwC's work were apparent in relation to the audits of BHS and other companies in the Taveta group."

A spokesman for the FRC said: "The FRC will consider the detailed judgment before we publish our report. We hope to do so as soon as possible in the public interest."

Sir Philip Green has attempted to block the publication of the FRC's findings on BHS, but a High Court judge has refused to grant the injunction, which was sought by his holding company Taveta Investments.

The body has not yet published its findings but is now free to do so.

Mr Justice Nicklin said on Friday that Taveta had not demonstrated this was an "exceptional case" which required an injunction.

He added: "The injunction is sought to restrain the publication of statements alleged to defame Taveta personnel pending Taveta's judicial review claim.

The judge said those who Taveta argued would be "adversely affected" by the report's publication did not include Sir Philip.

Lawyers for Taveta had argued at a hearing last week that, if the injunction was not granted, a judicial review of the FRC's report sought by Taveta would be "pointless" as the "damage would be done".

MPs ultimately called for Sir Philip's knighthood to be rescinded.

Mr Field, who branded Sir Philip the "unacceptable face of capitalism" had been pressing the FRC to publish its findings on the discredited audit and wanted to know what changes have been requested by Taveta.

The MP, who is chair of the work and pensions committee, said: "Mr Justice Nicklin needed much wisdom to make this judgment.

"The High Court has put aside the special pleading of a plaintiff whose financial resources are almost unlimited.

"In doing so, it has struck a judgment that such individuals have a very high test to meet if they are to succeed in gagging a regulator, whose report is of interest to so many citizens.

"We will be writing to the Insolvency Service to ask them to reopen their investigation into BHS' former directors in light of the FRC's findings."