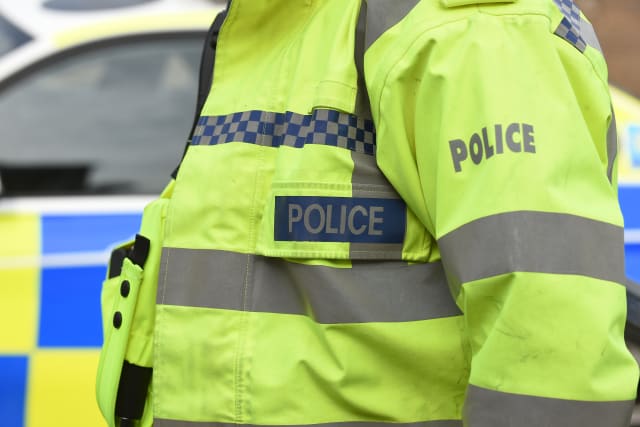 A man has been arrested on suspicion of the attempted murder of a police officer.

Merseyside Police said a man swung an axe at an officer after the force was called to Wallasey, Wirral, shortly after 11.40pm on Wednesday following reports of a disturbance.

A force spokesman said when they arrived at the house on Turret Road, a man left the property and swung an axe in the direction of the officer while making threats.

The officer was not injured during the incident.

The spokesman said the suspect dropped the axe after a Taser was discharged by the officer and made his way back into the house.

He left the property through the back but was found by police a short time later.

The axe was picked up by a woman, who was detained by police.

Inside the house, police found a 30-year-old man with two lacerations to his head.

His injuries were not life-threatening.

Police said a 34-year-old man from Whitby, Ellesmere Port, was arrested on suspicion of attempted murder and Section 18 wounding with intent.

A 31-year-old woman from Eastham was arrested on suspicion of affray and assisting an offender.

Assistant Chief Constable Ian Critchley said: "This incident serves as a stark reminder of the dangers our officers face every single day, putting themselves in harm's way to deal with dangerous and unpredictable situations.

"The very nature of the job means officers go into challenging situations such as this knowing the risks they face.

"Despite this, officers continue to put themselves on the front line protecting our communities, and incidents such as this again show the very real dangers that officers face to keep us all safe day in, day out - I've spoken and personally thanked the officer for his fantastically brave work , and he will receive any support needed moving forward from our organisation."