300 cash machines closing every month - Which? 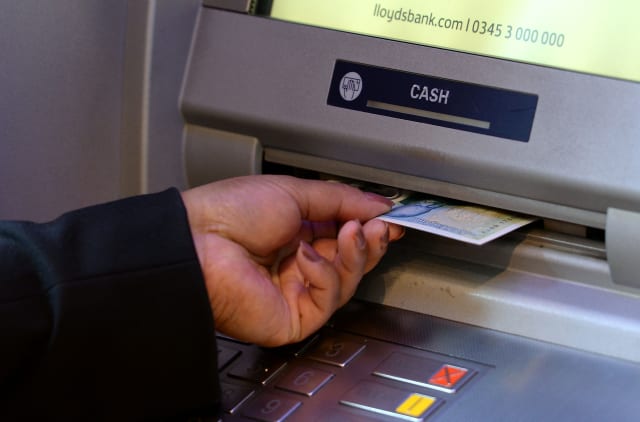 Cash machines around the UK have been shutting down at a rate of 300 every month, a study has found.

Which? said the rate of closures cast "serious doubt" on pledges by cash machine network Link to protect access in rural areas.

The watchdog's findings come ahead of changes to the way the ATM network is funded, which come into effect on July 1.

Link is to cut the fees operators receive from banks when ATMs are used, but some in the industry have warned that thousands of free cash machines could be at risk of being removed or changed to fee-charging, with the possibility of "cash deserts" being created across the UK.

Link said there would be a phased reduction in the interchange fee - the fee card issuers pay ATM operators - starting next week.

The position will then be reviewed annually, taking into account the impact on consumers, with a 20% reduction in interchange fees eventually anticipated after four years.

Link said the effect was expected to be "a modest decline in the number of ATMs in areas where they are heavily concentrated but with no diminution in the overall geographical coverage".

But Which? found that almost 1,500 machines closed between November last year and April, which it said was a near six-fold increase from a steady rate of fewer than 50 closures a month since 2015.

The investigation found that machines in rural communities were at least as badly hit as urban areas  - down 2.1% and 2% respectively - across the UK.

Which? said such closures would hit rural communities especially hard at a time when bank branch closures were also gaining pace.

It said the closures accelerated as operators began to learn of the plans from Link. It has called on the regulator to "urgently intervene" and halt the cuts until a "thorough analysis of the impact on communities is conducted".

One of the largest independent ATM providers, NoteMachine, told the watchdog that learning of the changes late last year had "an immediate effect" on its ability to maintain widespread free access, while the ATM Industry Association (ATMIA) said the the move set the network on "a path to disaster".

Which? Money editor Harry Rose said: "With hundreds of cashpoints closing every month, we have serious concerns that, far from protecting consumers' access to cash, Link's plans risk destroying it.

"These cuts could see millions of people who rely on cash in their daily lives struggling through these closures - with severe consequences for many communities and businesses.

"The impact of these cuts is already clear - with machines closing at a frightening pace.

"The regulator must act now to stop further closures and ensure that consumers aren't suddenly stripped of their access to cash."

"This disconnect is not sustainable and needs addressing now to protect Link and future access to cash for consumers.

"Which? has suggested that ATMs have fallen by 1,500 in the period between November and April, however Link can confirm that during this period the number of free-to-use ATMs actually increased.

"More importantly, coverage of free-to-use machines improved over this period as forecast by Link, with the net number of postcodes with free access across the UK increasing by five, including one in Scotland."