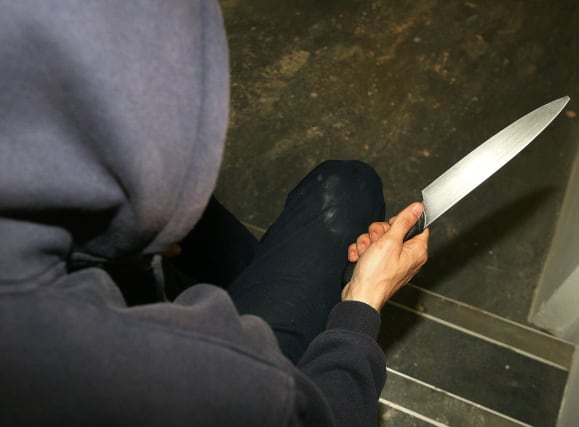 "Feral" knife attacks are happening across London with gangs of attackers inflicting worse injuries on victims than five years ago, one of the country's most senior police officers has said.

Metropolitan Police Assistant Commissioner Martin Hewitt, who has dealt with violent crime for around the past decade, said that weapons such as zombie knives, hunting knives, and machetes are also being used more often.

Officers are being forced to effectively practise trauma medicine on stabbing victims due to the levels of harm, he said.

Mr Hewitt told the London Knife Crime Summit: "The violence is getting greater. If I was stood here five years ago, I would probably be talking about knife offences where there was generally a single puncture wound.

"We are now routinely seeing multiple stabbings. That is one individual stabbing somebody multiple times.

"Some of the CCTV footage that we see is shocking and quite frankly feral when you look at a group of individuals bearing down on another person."

There have been nearly 80 homicides so far this year in London, with widespread concern about rising levels of violence both in the capital and nationally.

The rising number of deaths is linked to the worsening levels of violence, delegates heard.

Mr Hewitt went on: "Every single time anybody uses a knife against another person that is potentially a murder. The reason it doesn't become a murder is often luck in terms of where the wound goes in and sometimes by the intervention that my officers are doing on the street.

"I have large numbers of officers now all over London who are routinely administering what you would call trauma medicine on the pavement and on the street in London to people who have been stabbed. And then the work obviously of paramedics and the doctors and everybody else that comes in.

"But the more violent the offences, the more chance there is that somebody is going to receive a fatal wound and I think that is part of why we have ended up where we are with the murder rate."

The rise in violence has been linked in some areas to the drugs trade, with particular focus on so-called county lines networks.

This is where urban drug dealers force or manipulate children or other vulnerable people to courier banned substances to customers outside the city.

Youngsters drawn in to that world are left desensitised to violence, Mr Hewitt told delegates.

He also addressed the wave of moped robberies sweeping the capital, expressing concern about "the level of recklessness that these young people are demonstrating, not only to other members of the public, to my staff but also to themselves".

Young people are refusing to speak to the police even after they have been stabbed, he said.

The officer, who leads frontline policing for the Met, described a "very significant, majority level of total non-cooperation" from victims of non-fatal stabbings.

Investigators are also struggling to get witnesses to come forward in the murder of 15-year-old Jordan Douherty, who was stabbed to death outside a birthday party in Romford on Saturday.

"The murder that took place over the weekend in Romford was outside a party where there were very many numbers of people none of whom saw anything that they were prepared to talk to the police about," he said.

Aspiring rapper Jordan, who performed drill music under the name Young Valenti, was beaten and stabbed by more than five assailants in three attacks seconds apart.