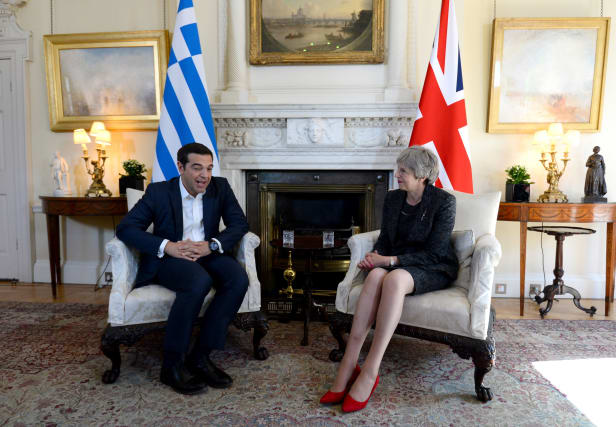 Britain is sending an extra naval patrol boat to the Mediterranean to help with the migrant crisis, Theresa May announced in talks with her Greek counterpart.

The Border Force cutter is the latest naval asset deployed to the Aegean as Greece faces continued pressure from illegal migration.

European leaders will discuss the crisis, which has seen rescue boats turned away from Italian ports in recent weeks.

Mrs May told Greek PM Alexis Tsipras the UK was sending more help as they met for talks in No 10.

She said: "I'm pleased to be able to announce today that we will be sending an additional Border Force cutter to the Aegean to help in the search and rescue operations there."

The PM said she also wanted to look at ways to strengthen economic links between the UK and Greece.

Mr Tsipras said he was making his first visit to No 10 at a momentous time for Greece, which is exiting its post-crash bailout.

He added: "At the same time, the fact that I'm here at this very crucial moment underlines that we recognise the significance of the United Kingdom as a global, financial and economic force that plays a crucial role.

"Now more than ever we have to enhance our co-operation."