Sun still shining on England as World Cup heats up 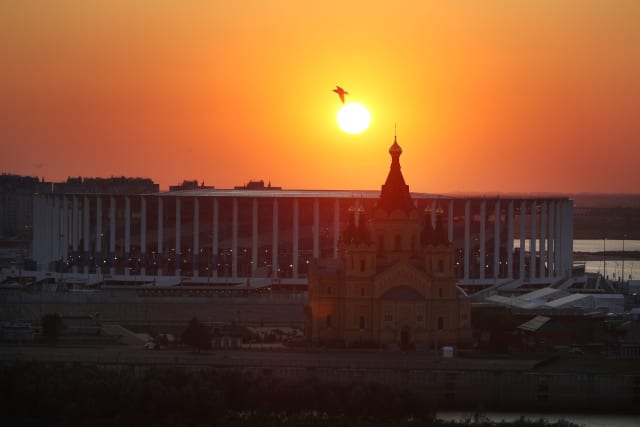 The sun will continue to shine on England's World Cup campaign with the hot weather forecast to follow them to their next stop.

The Three Lions survived the glaring heat in both Volgograd and Nizhny Novgorod and fans could have been forgiven for hoping for cooler temperatures when they play in Kaliningrad on Thursday.

But according to the Hydrometcenter of Russia, the mercury could peak at around 27C (80.6F) on Thursday, when England take on Belgium in a Group G decider.

The weather will change from intermittent rain and highs of 20C (68F) on Tuesday to cloudy skies but soaring temperatures of up to 26C (78.8C) on Wednesday.

And on the day of the match, fans can expect less cloud cover and highs of 27C (80.6F) in the hours before kick off.

It is forecast to turn cooler in the evening and could be around 20C (68F) when the match starts at 8pm local time (7pm UK time).