Technology fears amid trade dispute lead to slide in stocks 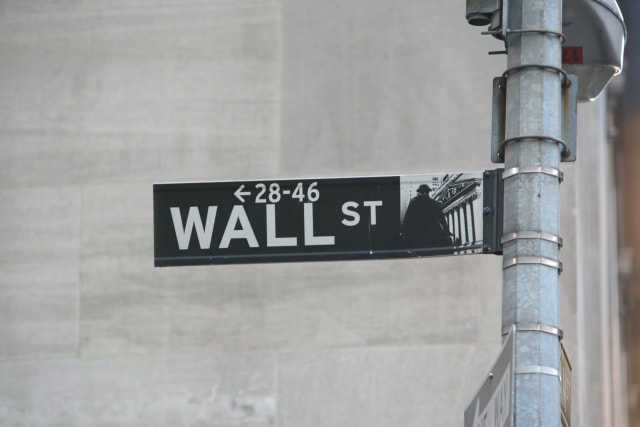 US stocks skidded on Monday as investors grew concerned that technology companies could be pulled into the broadening trade dispute between the US and China.

Stocks sank after the Wall Street Journal and Bloomberg News reported that the administration intends to limit exports of some high-tech products to China and will limit investment in technology firms by companies with substantial Chinese ownership.

Treasury Secretary Steven Mnuchin suggested the investment restrictions would not be limited to China and the losses deepened. The Dow Jones Industrial Average lost as much as 496 points.

The market recovered some of those losses after Peter Navarro, one of President Donald Trump's top trade advisers, told CNBC there was no plan for investment restrictions and that the administration's probe into alleged technology theft is limited to China.

"We hear one thing one hour and something that contradicts it the next hour or the next day," said Randy Frederick, vice president of trading and derivatives for Charles Schwab. "Nobody knows what to think or what to believe. It makes it really tough to invest."

All but one of the 72 technology companies listed on the S&P 500 index fell on Monday. Those companies have done far better than the broader market over the last year and a half, and investors had considered them to be less vulnerable to tariffs than other sectors like manufacturing.

Taxes by the US on tens of billions of dollars in imports from China, and retaliatory taxes by China on US goods, are set to take effect in less than two weeks.

Elsewhere, Harley-Davidson said it would move some production overseas to avoid tariffs the European Union is placing on motorcycles made in the US. Those tariffs were a response to taxes the US. placed on steel and aluminium from Europe. Its stock fell 6% percent to 41.57 US dollars (£31.30).

OPEC countries agreed to produce more oil on Friday but investors are not sure the cartel will produce as much crude oil as it says it will.