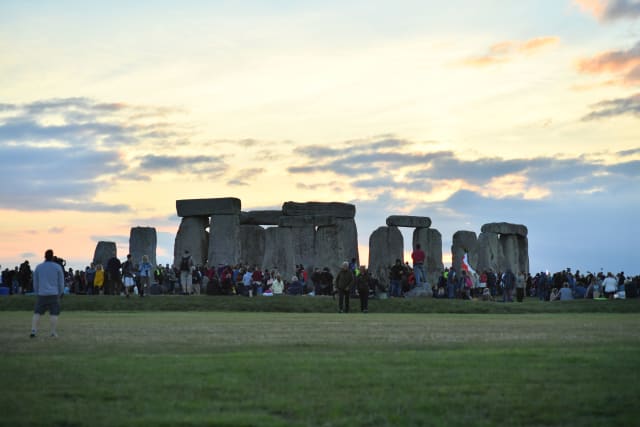 Crowds cheered the rise of the sun at Stonehenge as thousands gathered to celebrate the summer solstice.

Those who observed the spectacle at the neolithic Wiltshire monument were blessed with clear skies as the sun glinted over the horizon at 4.52am.

English Heritage tweeted that it was the "perfect morning for the #SummerSolstice sunrise at Stonehenge".

Up to 25,000 people were expected to attend the overnight celebration of the longest day of the year at the World Heritage Site.

On the summer solstice, the sun rises behind the Heel Stone, the ancient entrance to the Stone Circle, and rays of sunlight are channelled into the centre of the monument.

It is believed that solstices have been celebrated at Stonehenge for thousands of years.

Jennifer Davies, English Heritage's head of historic properties for Stonehenge, had asked for those attending to "respect the stones".

Visitors were urged to only take small bags and alcohol was not permitted.

In 2017 around 13,000 people attended Stonehenge for the summer solstice.