Speeding driver to be spared jail over death of teen sister 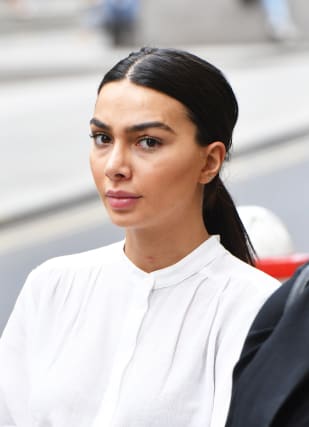 A criminology student could be spared jail after she admitted killing her 16-year-old sister in an horrific car crash.

Meliha Kaya, 22, was speeding as she drove her sister Elif and a friend back from the George pub in Wanstead, east London, on February 13, 2016.

Her Mini collided with a BMW, went over a low wall and hit a tree on the 30mph Chigwell Road in east London.

Following closely behind her was Ford Focus driver Jordash Graham, who was also speeding.

All the occupants of the Mini were badly injured and front seat passenger Elif, the only one wearing a seat belt, was pronounced dead at the scene.

On the day of her trial, her tearful older sister pleaded guilty to causing death and serious injury by her dangerous driving.

Earlier, Judge Wendy Joseph QC told Kaya she would consider suspending her jail sentence, if she admitted the offences.

Explaining her reasons, she said: "I'm bound to say that it seems to be that the injury which she suffered, the injury that she inflicted upon herself and her family is one from which they can never recover.

"And so it seems to me that the particular feature that she and all her family have lost through her acts a beloved younger sister, is allowing me to suspend the sentence."

Judge Joseph said the impact on the family "must be devastating and never ending".

Kaya, who lives with her parents in Woodford, east London, and Graham were bailed to be sentenced at the Old Bailey on Friday.