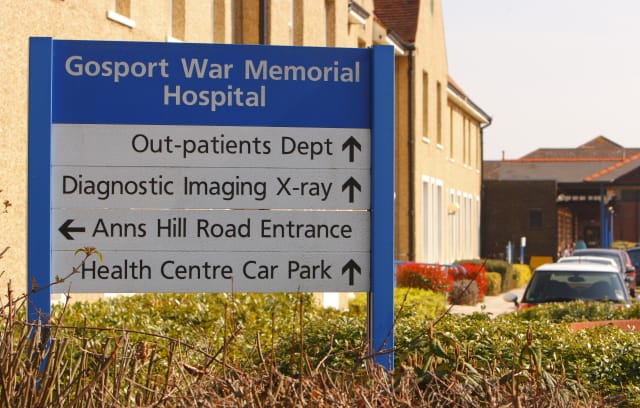 Campaigners have called for prosecutions to follow the publication of a major report into a series of suspicious deaths at Gosport War Memorial Hospital.

The Gosport Independent Panel is to present the findings of its investigation, first launched in 2014, with relatives of those who died demanding tough action.

The inquiry was established to address concerns about the deaths of a number of elderly patients at the hospital in Hampshire between 1988 and 2000.

It has been led by the former bishop of Liverpool, the Rt Rev James Jones, who previously chaired the Hillsborough Independent Panel.

A separate review into deaths at the hospital, led by Professor Richard Baker, found "almost routine use of opiates" for elderly patients had "almost certainly shortened the lives of some".

That report could not be published in full until 2013, 10 years after it was completed, while inquests were held and due to a police investigation.

In 2010, the General Medical Council ruled that Dr Jane Barton, who has since retired, was guilty of multiple instances of professional misconduct relating to 12 patients who died at the hospital.

Health Secretary Jeremy Hunt is due to address MPs on the findings of the Gosport inquiry later, and will face questions about the previous investigations and whether charges should now be brought.

Cindy Grant's father, Stanley Carby, died at the hospital in 1999 after being admitted for rehabilitation following a stroke.

She said: "I think there is somebody that needs to be prosecuted for what's gone on there."

She told BBC Radio 4's Today programme: "We want justice to be served because these families' lives were taken - mums, dads, grandads, grandmas.

"We all know what went on at that hospital. We want justice served."

Liberal Democrat MP Stephen Lloyd, whose constituent, Gillian McKenzie, was the first to go to Hampshire Police in 1998 with concerns over the death of her mother, said lives might have been saved if she had been taken more seriously.

"That is a shocking, shocking indictment of this entire process."

Mr Lloyd criticised the investigations carried out by the police and NHS, adding: "We finish finally with the GMC many years later finding that Dr Barton did overuse opiates and they didn't even debar her."

"I think it has been an absolute travesty for 20 years," he told Today.

The Eastbourne MP said: "If the report is as strong as I - and I think the relatives - anticipate, then I will be quizzing Jeremy Hunt directly and I will be saying to him that certain individuals should be facing criminal prosecution."