Nearly half of elderly people fear being vicitim of crime - report 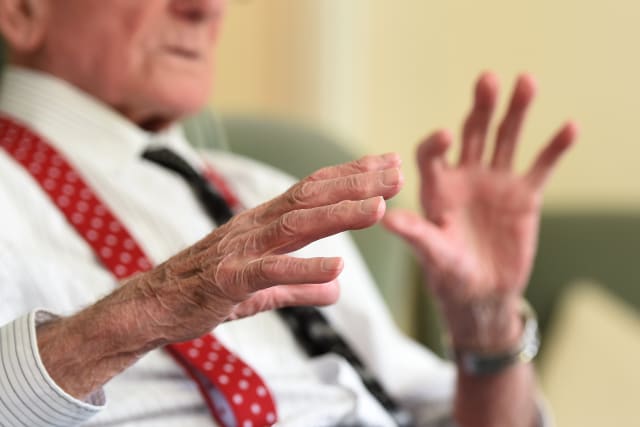 Almost half of older people in Northern Ireland have become more fearful of falling victim to crime in the last two years, research has suggested.

The statistic was the headline finding of a study carried out by the Northern Ireland Pensioners Parliament.

The PSNI acknowledged the concerns held by older members of the community but highlighted that crimes against them were actually on the decrease.

The research was conducted across 11 localised meetings of the older people's initiative, hosted by Age Sector Platform, in each of the region's council areas.

Of the 900 people who took part, 42% said they felt more fearful about crime compared to two years ago.

The finding has prompted an update and re-launch of the Stormont-backed Feel Safe guide for older people.

Valerie Adams, from Age Sector Platform, said: "We know that the number of crimes committed against older people is relatively low, but fear among the older population is still a problem that needs to be tackled on an ongoing basis.

"When an older person becomes a victim of crime it can have a much longer lasting effect on them and older people within their local community. Anything we can do to help older people protect themselves from becoming victims in the first place will be time well spent.

"The updated Feel Safe guide is a fantastic resource for older people and it's very easily read and digested.

"It's unique in that it has been developed for older people by older people and features crime prevention advice on everything from burglary to internet crime; information on what to expect from the police, and details of organisations that support older people who feel fearful or have become victims of crime."

Permanent Secretary of the Department of Justice, Nick Perry, said: "We strive to have a community where everyone respects the law and each other. The work of organisations such as Age Sector Platform helps us in our aim.

"I congratulate everyone involved in the production of the 'Feel Safe' guide which offers advice and guidance to help older people feel safe in their home and community."

PSNI Chief Superintendent Simon Walls added: "We understand and acknowledge the fear of crime in our communities, particularly among  those who may be more vulnerable.

"This fear of crime is not always reflective of falling rates of offences.

"Provisional figures from 1 April this year show that there have been 182 fewer older victims of crime. And crime where older people are victims has fallen since 2015/16.  Overall crime has also continued to decrease in the last twenty years.

"Protecting and safeguarding older people in our community is a priority for us.

"We are committed to doing everything we can to prevent and reduce the number of crimes committed against older persons and to support victims through effective investigation and by bringing offenders to justice.

"It is also vital that older people can feel safe in their homes and I would like to reassure them that the fact remains that you are less likely to be a victim of crime if you are over 60."