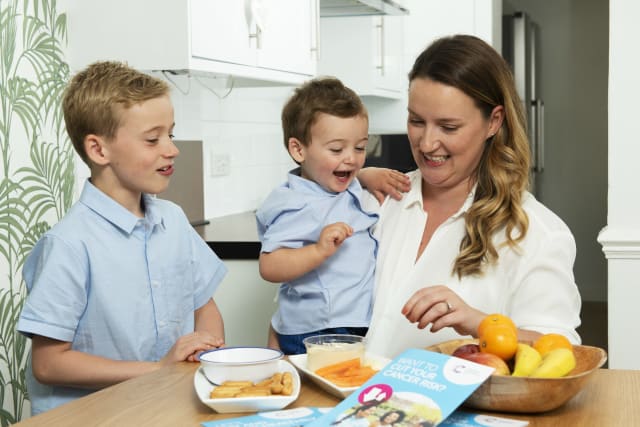 Young children in Scotland are eating more than a million sweet treats every week raising obesity fears, according to new analysis by Cancer Research UK.

The charity is calling for urgent action following its analysis of data about how often children aged two to four years old were eating chocolate and sweets.

Cancer Research UK said excess weight is Scotland's biggest preventable cause of cancer after smoking with around 2,200 (7%) cases of cancer a year in Scotland down to being overweight or obese.

It is calling for the Scottish Government to introduce new laws to restrict multi-buy offers on junk food to help people eat a healthier diet.

The charity said there is a great need for action as more than a quarter (29%) of young children in Scotland are at risk of being overweight or obese.

Professor Linda Bauld, Cancer Research UK's prevention expert based at the University of Stirling, said: "It's clear from these new figures that Scotland's love affair with sugar begins at an early age.

"While there's no harm in the occasional treat, it's clear from this new analysis that sweets and chocolate are regularly being eaten by young children in large quantities.

"Unfortunately, this is leading to far too many children becoming overweight - something which could have serious consequences for their future health.

"As part of its forthcoming obesity strategy, the Scottish Government has an opportunity to make a real difference to the lives of these children.

"Introducing laws to restrict harmful multi-buy offers on junk food would be one of the most effective ways to help families shop more healthily."

The data about how often children were eating sweet treats came from the latest Scottish Health Survey.

Photographer Lauren Murphy - who has two sons: nine-year-old Cole and one-year-old Carter - said more should be done make it easier for families to do a healthier shop.

The 29-year-old from Blantyre, South Lanarkshire, said: "When you're walking through the supermarket, trying to keep to a budget, the special offers on unhealthy snacks do turn your head.

"You're trying to stock up on things that will keep the family fed and happy but won't break the bank.

"I think the multibuy deals especially encourage you to stock up on unhealthy food and those snacks can disappear all too quickly.

"Before you know it you're back at the supermarket repeating the whole process.

"I do worry about my children eating too much sugar. It's in everything."

Anne Milne, Senior Dietary Advisor at Food Standards Scotland said: "There is no single solution to our nation's long-standing problems with obesity and this research really brings home the scale of the challenge we face in Scotland. Around a fifth of the calories and fat we eat and almost half of the sugar comes from discretionary foods, including confectionery.

"With almost a third of children already overweight or obese, a range of measures is urgently required to make significant change.

"We know that families can find it difficult to make healthy choices, particularly when a lot of foods on promotion are those which are higher in fat, salt or sugar.

"This research reinforces the need for our recommendations and proposals which were included in the Scottish Government's diet and obesity consultation, including restricting the promotion of unhealthy products and encouraging shoppers to buy healthier foods.

Public Health Minister Aileen Campbell said: "We all should be concerned with the unhealthy eating habits of too many of our children. That's why we have set ourselves an ambition to reduce childhood obesity by half by 2030.

"Later this summer we will set out our new diet and healthy weight delivery plan, featuring a package of measures, including plans to tackle junk food promotions and the marketing of unhealthy food, such as multi-buys, that encourage overconsumption."