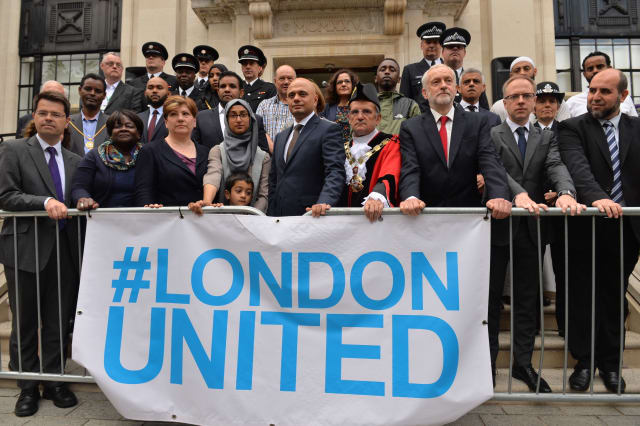 A minute's silence has been held to mark a year since Makram Ali, a Muslim father-of-six, was killed and others injured in an attack near a mosque in north London.

Most of the victims of the Finsbury Park terror attack had just left night-time Ramadan prayers at the nearby Muslim Welfare House when Darren Osborne, determined to kill as many Muslims as possible, drove a hired van on to a crowded pavement.

Speaking on the steps of Islington Town Hall, Mr Corbyn praised the "absolutely magnificent" immediate response from the local community and emergency services that night.

Imam Mohammed Mahmoud, who protected Osborne from angry passers-by until police came to arrest him, was among those praised.

To warm applause, Mr Corbyn said: "Imam Mahmoud did a brilliant and wonderful job of making sure that hatred of racism did not turn into violence and anger on the streets that night.

"He helped to ensure that we came together as a community because that is the only response there can ever be to the racism that seeks to divide us."

There was a strong uniformed police presence in Upper Street, a usually busy shopping and business hub, which was shut to traffic for the intimate memorial.

Banners which read "United Against Terror," "Turn To Love" and "London United" decorated the memorial scene which was attended by members of the community and local officials.

Jobless Osborne, who had been radicalised by far-right material, is serving a jail sentence of at least 43 years, after being found guilty in February of murder and attempted murder.