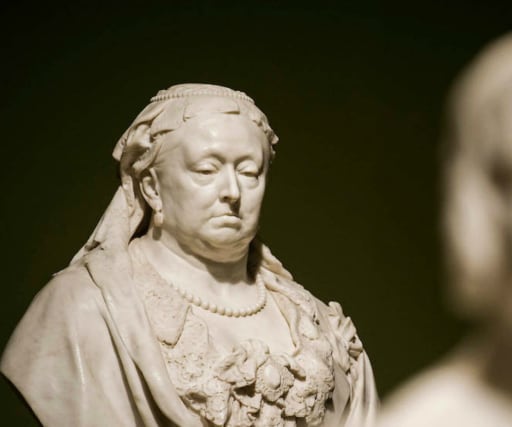 A marble bust of Queen Victoria has been saved for the nation after a UK museum matched an American museum's offer of more than £1m to buy it.

An undisclosed museum in New York had bought the masterpiece by Sir Alfred Gilbert at auction, but the Government intervened to prevent it from leaving the country, deeming it of national importance.

While the artwork's export licence was deferred by the Department for Digital, Culture, Media and Sport (DCMS), the Fitzwilliam Museum in Cambridge raised the necessary £1,077,607 to buy it.

The bust was commissioned in 1887 by The Army and Navy Club, a private members club in London, to celebrate Queen Victoria's Golden Jubilee.

It remained in its ownership until it was bought by the American museum and then by the Fitzwilliam, where it will go on public display.

The artwork, carved between 1887 and 1889, is the only surviving marble by Gilbert in the UK.

Michael Ellis, minister for arts, heritage and tourism, said: "This exceptional depiction of Queen Victoria belongs in the UK and I am thrilled that it has been saved for the nation.

"Our export bar system exists to keep nationally important works of art in this country.

"It is brilliant news that people will now be able to see this masterpiece for free in the Fitzwilliam Museum."

Sir Alfred Gilbert is described as the most significant sculptor of the Victorian era, and was the leader of the New Sculpture movement that focused on domestic sculpture of a spiritual and symbolist nature, and architectural decoration.

The Fitzwilliam Museum funded the purchase of the bust through a recent bequest, a series of gifts from individual benefactors and a grant of £267,607 from the National Heritage Memorial Fund (NHMF).

Sir Peter Luff, chairman of NHMF, said of the sculpture: "Its loss from these shores was unthinkable and that's why the National Heritage Memorial was so pleased to be able to step in with the final piece of funding, ensuring that Gilbert's bust of Queen Victoria remains in the UK for future generations to study and enjoy."

It will be installed on Wednesday to coincide with the 181st anniversary of Queen Victoria's accession.