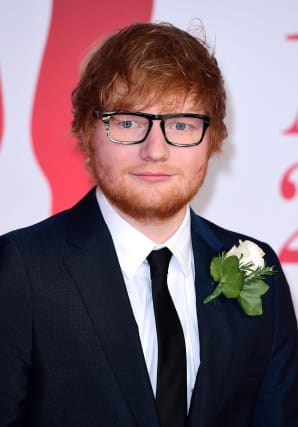 An eight-year-old Ed Sheeran fan has attended one of the pop star's concerts just months after he joined a campaign to help save her life.

The condition relapsed last year and after several rounds of chemotherapy and radiotherapy, she was told that her best chance of survival was to find a matching blood stem cell donor.

Sheeran, 27, backed the #JoinForJasmi campaign to try and find a match for the youngster.

The musician encouraged fans to register as stem cell donors through the blood cancer charity DKMS.

His support, along with other celebrities, led to a spike in the number of people who joined the register.

The charity said that within a few months of the campaign's launch, a matching donor for Jasmi was found just before her eight birthday.

Six months after receiving the blood stem cell transplant, Jasmi was able to attend one of Sheeran's four sold-out shows at Wembley Stadium on Saturday.

Sheeran told the charity: "To know that Jasmi has been given a second chance at life is a wonderful thing - I was so pleased that she and her family could attend the Wembley concert and hope that the future is bright for Jasmi."

Her mother Rena Cooke said: "Jasmi's been through so much since she was diagnosed with leukaemia, but she still manages to keep smiling.

"We were absolutely over the moon when we were told that she's found her matching donor. They're just incredible. Thank you from the bottom of our hearts to everyone who's signed up as potential lifesavers. You were all glimmers of hope in a very dark place."

She added: "Since the transplant there's definitely been some bumps along the way. It has been touch and go and we still continue to be in and out of hospital but we are praying that things are on the up. To be able to attend Ed's concert was a real milestone moment for us."