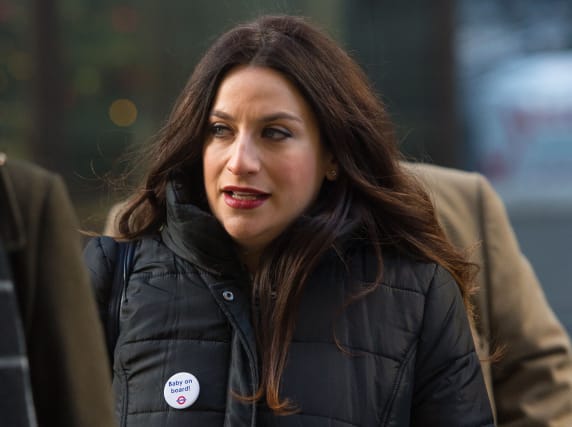 Labour has become embroiled in a fresh anti-Semitism row after MPs questioned the appointment of a barrister to give the party legal advice.

Luciana Berger said the party's National Executive Committee (NEC) should look again at the decision to appoint Gordon Nardell QC as an in-house counsel, after alleged online comments about recent allegations within the party.

The Liverpool Wavertree MP, who is Jewish, said she and others had been "ignored" after raising the comments and links with "organisations and individuals that seek to deny the anti-Semitism problem".

She said she had no faith in the objectivity of the process following Mr Nardell's appointment to the position last week.

Labour has been battling allegations of anti-Semitism for months, which sparked a demonstration in Parliament Square in March this year by Jewish groups protesting about the party's handling of complaints.

In a series of tweets on Friday, Mrs Berger said: "After a demonstration in Parliament Square and various meetings, we were told that the anti-Semitism problem would now be taken seriously, and an in-house legal counsel would be appointed to contend with the backlog of alleged anti-Semitism cases waiting to be processed.

"Over a month ago, myself and others raised concerns directly with the party about the person rumoured to be the front-runner for this role.

"This individual had made worrying statements on social media and was identifiably connected to organisations and individuals that seek to deny the antisemitism problem. We were ignored.

"This week, @UKLabour announced that Gordon Nardell QC got the job. That he is now the internal arbiter of @UKLabour anti-Semitism cases means I have no faith in the objectivity of the process.

"The NEC should urgently review his appointment."

Mr Livingstone resigned from the Labour Party in May, saying allegations against him of anti-Semitism had become a "distraction".

He continued to reject the charge of anti-Semitism, or of bringing the party into disrepute, but acknowledged some of his comments had caused offence in the Jewish community, and apologised.

LAAS also alleged Mr Nardell voiced support for Jackie Walker, who was suspended by Labour over allegedly anti-Semitic comments in 2016, and "liked" a Facebook post claiming the Jewish Labour Movement (JLM), which is affiliated to the party, was working to "prevent Jewish members and others criticising Israeli policies".

It is understood that Mr Nardell will not be involved in any individual cases but as a specialist human rights barrister will give wide-ranging in-house legal advice in a role recommended by Baroness Chakrabarti in her investigation into anti-Semitism.

A party source said: "Gordon Nardell is Jewish and has a long record of challenging and campaigning against anti-Semitism and all forms of discrimination, and of championing equality and human rights."

John Mann, chairman of the all-party parliamentary group on anti-Semitism, said he wanted to question Mr Nardell over his alleged comments about Mr Livingstone.

The MP told LBC: "You can't be going in with the conclusions to issues without having looked at and analysed them.

"I need to know, and others will want to know, what is his role? Is his role on technicalities, or is he going to be trying to define things, which clearly would be inappropriate?

"The general secretary (Jennie Formby) and Jeremy Corbyn have made very clear statements and promises - what I want to see is them delivered on. That is what's important."

A Labour Party spokeswoman said: "Any complaints about anti-Semitism are fully investigated and appropriate disciplinary action taken in line with our rules and procedures.

"Labour's new general secretary has made it her first priority to speed up and strengthen our procedures and to develop a programme of political education to create deeper awareness and understanding about all forms of anti-Semitism."