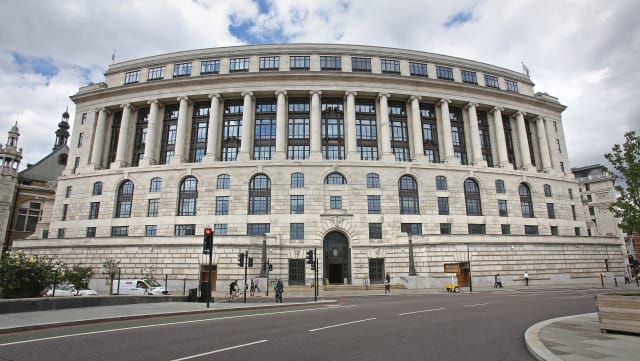 Unilever's shares are "extremely unlikely" to continue trading in the FTSE 100 after the company announced it is ditching its London base and dual headquarters for a single site in Rotterdam.

Its chief financial officer, Graeme Pitkethly, said on Thursday that the company had been "engaging extensively" with the FTSE Russell - the FTSE's governing body - in recent months over its plans to simplify the business.

But without a UK headquarters, Unilever is expected to fall short of requirements which would allow a listing on the FTSE 100, where its shares currently trade.

"From this it is clear that it is extremely unlikely that the 'New NV' shares after simplification will be included in the FTSE UK series," Mr Pitkethly said.

"Consequently our weighting in the pan-European indices will be increased."

The decision to block Unilever's shares from the FTSE has yet to be fully confirmed as the company still has to publish and distribute official documents to shareholders about the move.

That is expected to take place within the next two months, making it likely that Unilever will be taken off the FTSE 100 by year-end.

Its shares will continue to trade on the London Stock Exchange, but will no longer be listed on a benchmark index.

The latest admission was included in a presentation at the Deutsche Bank Global Consumer Conference in Paris.

It comes just months after Unilever confirmed it had chosen Rotterdam over London as its new legal headquarters, a move which has yet to be put to shareholders at an extraordinary meeting expected to be held in the third quarter.

The company's board, headed by chief executive Paul Polman, has recommended shareholders vote in favour of the move, which should be implemented by year-end.

The announcement was seen as a major blow to the UK Government as it tries to uphold Britain's status as a centre for business after Brexit.

The decision was part of a rethink of the business following a hostile takeover attempt by Kraft Heinz last year.

Unilever executives claimed that the move to Rotterdam has "nothing to do with Brexit", but the decision was seen to cause embarrassment for Prime Minister Theresa May and the Conservatives, who are struggling to contain a flow of businesses and their staff to the EU.

Unilever, which is behind well-known household brands such as Dove, Marmite and Ben & Jerry's ice cream, employs an estimated 169,000 people around the world.

British Government officials reportedly met Unilever bosses to express their concerns that the London headquarters would be axed in favour of the Netherlands, but failed to convince them over the benefits of basing the company's main offices in the UK.

The Government is already under fire for failing to provide adequate assurances to businesses mulling their post-Brexit futures, particularly in light of plans to leave the EU single market.