Medicinal cannabis could be legal in a year: Tory MP 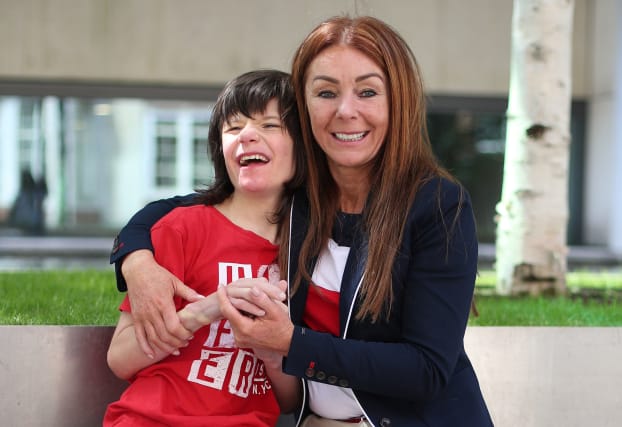 A Tory MP has said medicinal cannabis could become legal in the UK in a year after border officials seized a British mother's supply to treat her son's severe epilepsy.

Dr Dan Poulter is calling for a change in the law to allow medicines derived from the banned drug to be prescribed to patients.

The Central Suffolk and North Ipswich MP, who is setting up an All Party Parliamentary Group (APPG) to bring about the change, said a "realistic" goal was between a year and 18 months.

He was speaking at a press conference in central London after 50-year-old Charlotte Caldwell's supply of cannabis oil was seized at Heathrow Airport on her return from Canada.

She made the trip to Toronto and back with 12-year-old Billy to get a six-month supply to treat up to 100 seizures a day.

He started the treatment in 2016 in the US, and became the first person in the UK to receive a prescription after his local GP, Brendan O'Hare, began writing scripts before he was told to desist by the Home Office.

Ms Caldwell, from Castlederg in Co Tyrone, said Billy suffered a seizure at 1am on Tuesday after missing his first treatment in 19 months.

She said Home Office Minister Nick Hurd offered her "nothing" in a meeting after the oil was seized on Monday and is calling for the medication to be returned.

"I'm hopeful Nick Hurd is going to show my little boy some compassion," she said.

Speaking at a Families 4 Access Campaign press conference alongside other parents fighting for medicinal cannabis for their children, she added: "This is an urgent situation we are in.

"These children need access to medicinal cannabis, which for us is and anti-epileptic medication, and we need it today."

Dr Poulter, who is backing the Caldwells and other families seeking access to medicinal cannabis, said: "We have got Charlotte and Billy, who have brought what is a very human and very real issue for many families to life.

"When there is a growing evidence of the benefits of doctors and medical health professionals being able to prescribe medicinal cannabis then it seems extraordinary that we can't do so."

He said a small change in the law could be achieved within a year to 18 months, but said the Home Office "could act very quickly" to help families on an individual basis by relaxing its "ridiculous licensing restrictions".

Robin Emerson, 30, whose two-year-old daughter Jorja suffers from severe epilepsy as a result of a rare chromosome condition, said: "18 months is far too long. We need it tomorrow.

"So, until that happens I'll be doing the same thing as Charlotte did.

"I'll be going to Canada and bringing it back.

"I'm happy to go to jail for my daughter."

The father, from Belfast, added: "This isn't about one or two children, it's about hundreds of children.

"Our children are dying. Each day, they are dying.

"The UK Government is standing there while it's happening. It can't go on like this."

Karen Gray, from Edinburgh, whose five-year-old son Murray suffers from a form of epilepsy, said she and other parents should be caring for their children rather than having to campaign for a law change.

"There are families who are having to go to other sources," she said.

"We should be able to get it properly prescribed by doctors."

Conservative MP Crispin Blunt, the co-chair of the APPG on drug policy reform, was applauded by families in the room when he said: "There is a much bigger longer-term debate about drugs in our society.

"But the fact that as a country we don't have the benefit of medicine derived from cannabis is crazy."