Airline deals not on cards for TUI, says chairman 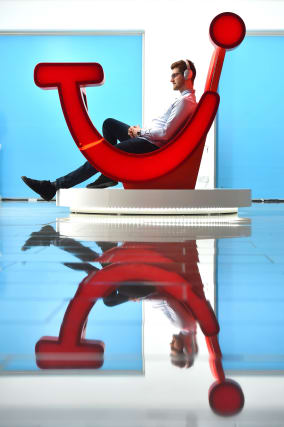 TUI's chairman has ruled the tour operator out of the wave of mergers and acquisitions taking place in the sector, favouring instead a focus on competitiveness.

Klaus Mangold told the Press Association that the company was unlikely to make deal headlines given that its charter airline arm has been undergoing its own overhaul - including the development of a central platform for its regional flights.

"We have around about 170 aircraft. We have done a lot to restructure this quite successfully, so for the time being we don't have any plans for acquisitions or mergers," he said in St Petersburg.

"We are certainly looking carefully (at) what is going on in the market, but for the time being we would not like to have any active role if it comes to acquisitions," he added.

Most recently, speculation has been rife about British Airways owner IAG making another approach for low-cost carrier Norwegian Air Shuttle (NAS) after building up a 4.61% stake in the airline.

Norwegian has already rejected two takeover offers by IAG on the basis that they undervalued the business.

Despite failing to reach an agreement, IAG said last month that it was "considering its options in relation to Norwegian".

Meanwhile, the sector has been hit by the collapse of competitors Monarch in the UK and Air Berlin in Germany, with the likes of easyJet, Wizz Air and British Airways picking up remaining assets and landing slots.

Mr Mangold said TUI was not worried about competition in light of recent deals.

"We have to look carefully in which ways we can improve our own competitiveness, and this is what we were are doing, and I believe that - as I just mentioned - we have made major steps forward so TUI have no reason to complain and be nervous about this."

TUI itself is in the process of renewing its fleet, with around 72 aircraft on order with Boeing and the first deliveries being completed, a spokesman for the company highlighted.

Mr Mangold also played down the likelihood of TUI's hotel business taking an interest in sharing economy firms like Airbnb or HomeAway, saying the board always has "undergoing discussions about strategy but it is nothing precise".

When asked whether the company was making particular efforts to draw in younger customers, Mr Mangold stressed TUI's "strong philosophy for a very broad customer base".

However, it is useful that younger customers have started to demand the same services as more senior clients.

"So I believe that young people are on a very strong focus without neglecting the older generations."

Contact tracing could be undermined by Cummings support – Jonathan Ashworth