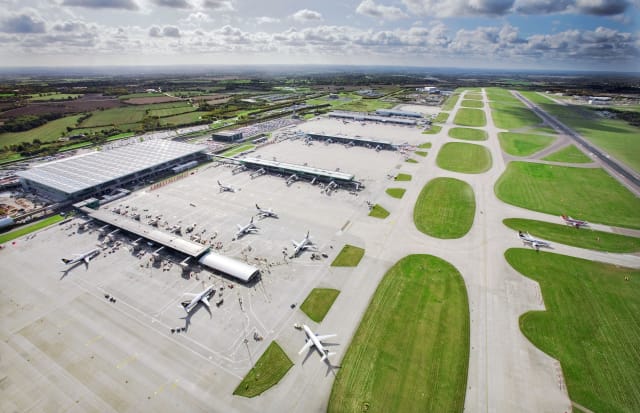 The inaugural daily flight from Dubai to the Essex airport landed shortly before 2pm on Friday.

The carrier said the service will connect technology and pharmaceutical firms in Cambridge and Peterborough with a global network of more than 155 destinations through its Dubai hub.

Stansted is the fourth busiest airport in the UK, after Heathrow, Gatwick and Manchester.

The airport's chief executive Ken O'Toole described the launch of the Dubai route as "an important milestone".

He told the Press Association: "Traditionally Stansted has been an extremely well-connected short-haul point-to-point airport with a focus on European routes.

"That is a good base, but not having some core long-haul routes has meant lots of businesses and people working or living in an area that stretches from the City of London all the way up to Cambridge having to go around the M25 to pick up those flights.

"Getting Emirates is a big moment."

The carrier is using its new Boeing 777-300ER aircraft for the Stansted-Dubai route.

Hubert Frach, Emirates divisional senior vice president, said: "We decided to add London Stansted to our network because we saw an opportunity to directly connect the local community with some of the world's most popular leisure and business destinations.

"Previously, London's North East and the wider 7.5 million people that live within Stansted's catchment areas had to travel into the city, or further, to access airports with global reach.

"This daily flight to Dubai connects passengers seamlessly to Emirates points across the Middle East, Africa, Asia and Australasia.

"There's been a real appetite for increased connectivity between the thriving business community in the east of England and our global network too.

"The new gateway will support the swell of new start-ups, SMEs (small and medium-sized enterprises) and established businesses in the London-Stansted-Cambridge corridor by giving them access to new cities and countries across the globe."