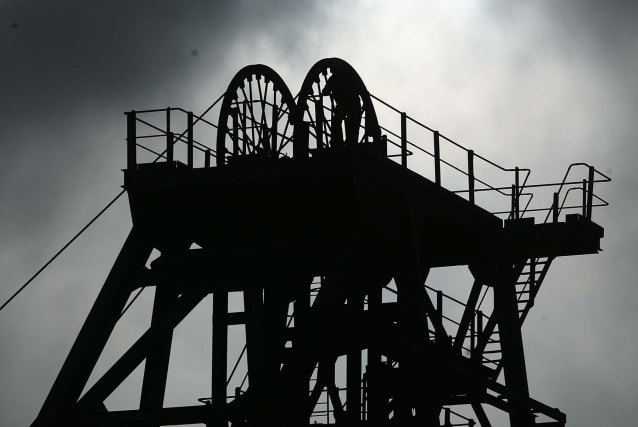 An independent review into the impact of policing during the miners' strike of the 1980s is to be carried out in Scotland.

Justice Secretary Michael Matheson announced the move in Holyrood, telling MSPs: "I am determined that the Scottish Government should do what it can to do right by those affected by the dispute."

The UK Government has already ruled out an inquiry into the violent confrontations between police and striking miners in Orgreave, South Yorkshire, in 1984.

Mr Matheson said doing nothing was not an option for him as he urged new Home Secretary Sajid Javid to follow his example.

Lawyer John Scott QC will lead the inquiry, which will make its recommendations by June next year.

Mr Matheson said: "Through this independent review, Scotland will certainly lead the way in ensuring that the experiences of those affected by the dispute in the 1980s are properly recognised.

"Some of our communities have been blighted by the shadow of that time for too long."

He also insisted there was an "obligation" on the UK Government to "fully explore the extent of any political interference" by the then government, led by Margaret Thatcher.

Labour leader Jeremy Corbyn welcomed the review in Scotland as he too demanded the UK Government launch an inquiry into "brutal clashes between police and miners during the strike".

Mr Corbyn said: "I welcome the Scottish Government's announcement that there will be an independent review into the actions of the police during the miners' strike in Scotland.

"The convictions of nearly 500 Scottish miners devastated not only their lives, but those of their families too while also scarring pit communities until this day. This review must establish if these arrests and convictions were unjust and politically motivated."

He went on to state: "The UK Government must now listen to campaigners and launch an independent inquiry into the brutal clashes between police and miners during the strike in 1984, not least at Orgreave, where so many questions still need to be answered."

The miners' strike, which lasted from 1984 to 1985, took place after Mrs Thatcher announced plans to close a number of pits which were deemed "inefficient".

Mr Matheson said it was was an "extremely turbulent, difficult time for many" .

He told MSPs: "I know from the conversations I have had that, although more than three decades have passed since the dispute, the scars from the experience still run deep.

"In some areas worst affected the sense of having been hurt and wronged remains corrosive and alienating. "

Previous administrations had opted to "let sleeping dogs lie" by not staging an inquiry, instead opting to see if community rifts would heal naturally.

He said he understood the "great disappointment" when former home secretary Amber Rudd had ruled out an inquiry into events at the Orgreave coking plant in South Yorkshire - a notorious flashpoint in the dispute which became known as the "Battle of Orgreave".

Mr Matheson said: "I made clear at the time that I thought that was the wrong decision -  wrong, not least, because it seems clear that key elements in the mix, which need to be understood, were the attitudes and perhaps actions of the then UK Government."

While he said there were "constraints" about the kind of review Holyrood ministers could establish, he said Mr Scott had agreed "to investigate and report on the impact of policing on affected communities in Scotland during the period of the miners' strike from March 1984- March 1985".

Mr Matheson said Nicky Wilson, president of the National Union of Mineworkers, had given his "wholehreated backing" to the review.

Mr Wilson stated: "Rather than a potentially costly and drawn-out public inquiry, we will have a time-limited and focused independent review which I hope will really get to the heart of the injustice experienced by mining communities at that time."