Spectacled bears and snow leopards among creatures getting funding boost 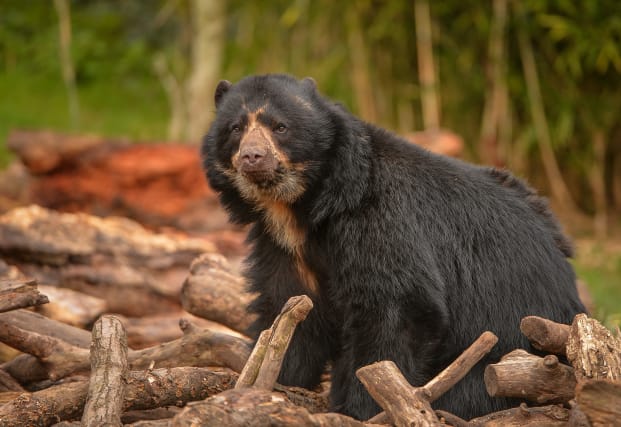 Bolivia's spectacled bears and the snow leopard - Nepal's "ghost of the mountains" - are among wildlife being supported by funding from the UK.

Projects to protect the threatened species are among 52 schemes awarded a share of £10.6 million from the latest round of the Environment Department's (Defra) Darwin Initiative to help protect wildlife and nature around the world.

Chester Zoo has received funding to help people and bears in Bolivia, where around 3,000 of the animals live and are vulnerable to extinction.

Climate change has affected the bears and also humans who have switched from arable agriculture to livestock farming, which has resulted in more encounters between people, bears and livestock, causing conflict.

Chester Zoo's project aims to help people and bears, monitoring the animals and improving livelihoods for local communities by trialling new income streams such as cheese making and beekeeping.

Dr Alexandra Zimmermann, head of conservation science at Chester Zoo, said: "Through the support from the Darwin Initiative we will be able to facilitate human-bear co-existence in the southern Bolivian Andes.

"Our project links poverty reduction and benefits from biodiversity conservation by improving livelihoods and wellbeing of communities who live alongside this threatened species."

In Nepal there are an estimated 350 to 500 snow leopards, making up around a 10th of the world's population of the elusive cat.

The scheme has enabled villagers to see snow leopards not as pests that kill livestock but a source of income from visitors, who now have a high chance of seeing the rare cats.

With support from the Darwin Initiative, the concept will be expanded to create an interconnected series of snow leopard friendly villages along a Snow Leopard Trail.

"The Darwin Initiative support comes at the perfect time, enabling the Snow Leopard Conservancy and partners to greatly expand important grassroots, community-driven actions benefiting the snow leopards, known by some as the ghost of the mountains, in two of Nepal's most important mountain protected areas."