Paul Dacre to quit as Daily Mail editor after 26 years 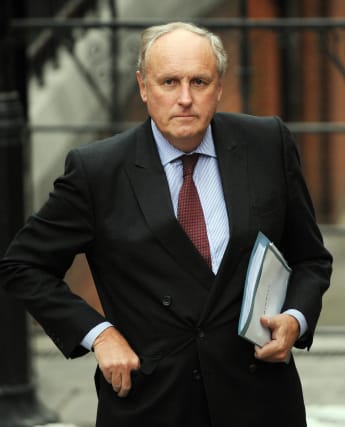 Paul Dacre will bring his 26 years as editor of the Daily Mail to an end by November, the newspaper's owner has announced.

He will "step back" from day-to-day editorial responsibilities by his 70th birthday to become chairman and editor-in-chief of Associated Newspapers, the Daily Mail and General Trust (DMGT) said on Wednesday evening.

In a letter to staff, Mr Dacre said his new role would see him "endeavour to ensure that our company remains at the absolute forefront of a rapidly changing industry".

The journalist vowed to maintain his fight against statutory regulation of the press and for freedom of expression, a "battle" he described as on-going.

He also heralded some of the paper's successes under his stewardship, including justice for Stephen Lawrence and the campaign against plastic in supermarkets, and celebrated its circulation and the readership of its sister website.

"He has given me two things that to an editor are worth more than all the riches of Araby: the freedom to edit without interference and the backing to assemble Fleet Street's greatest team of journalists," he said.

Lord Rothermere said Mr Dacre was the "greatest Fleet Street editor of his generation" and praised him for holding power to account through campaigns and investigations.

He said he had given a "voice to the voiceless" and set "the political agenda through six prime ministerships".

Mr Dacre will also step down as DMGT's board director by the end of the financial year, and DMGT said the new Daily Mail editor will be named in "due course".