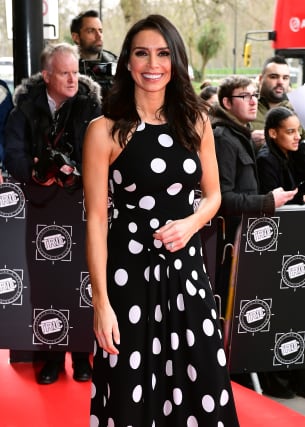 A man who pleaded guilty to stalking TV presenter Christine Lampard faces jail after sending her "very nasty" tweets, a judge has said.

Christof King, 39, of Mowbray Road, Brent, in north west London, pleaded guilty to stalking last week, but he disputed the sending of the tweets.

King, who wanted career advice from Lampard, sent tweets and letters and turned up at her house on more than one occasion, causing her to hide in a bedroom with the housekeeper.

After a Newton hearing on the matter of the tweets, Judge Robin Johnson ruled on Tuesday at Isleworth Crown Court that King did indeed send tweets to Lampard.

He said: "There is clear evidence that he has delusional tendencies.

"In my judgment I accept that Mrs Lampard is truthful and accurate.

"I accept that she received tweets from Christ_of_King in 2015 and that these included some very nasty remarks.

"It follows that I reject the defendant's account. I am satisfied that having been blocked and having felt frustrated by the repeated non engagement with him by letter or tweet that he found the only way of engagement was by repeated visits to the house.

"Having come to these conclusions and taking into account all the evidence and submissions that I have heard I am sure that the Crown's version of events is accurate and accordingly I reject the basis of plea."

The judge said he would consider Lampard's assessment of the tweets - which she described as "dark" - an understatement.

"He is clearly someone who swings in mood during the course of a letter for instance," he said of King.

"I don't rule out a sentence of imprisonment," the judge added.

King, who changed his name by deed poll from Jon Dunningham in April 2016, said he did not set up the account that Lampard said the tweets came from and insisted that he did not send the tweets.

He denied ever creating or using the account under the name @Christ_Of_King, and said the only account he has ever had is @Christof_King.

Giving evidence from behind a curtain on Monday, Lampard said several tweets were "incoherent waffle", with some tagging her employer ITV and her husband Frank Lampard.

"Several tweets became quite sinister and dark," she added.

Lampard said these tweets made her pay attention, adding that another reason she noticed his tweets was because "there was so many of them".

One tweet he is alleged to have sent said: "I can hear the scratch of nails as I sharpen them ahead of your crucifixion."

The court heard another tweet said: "I am planning the words that will go on your gravestone."

Lampard said she remembered the word "tombstone", adding that she paid a "great deal" of attention to his Twitter profile picture.

"Because the tweets were so disturbing, to the extent that I showed it to my husband as well and shared my concerns," she said.

"I wanted to make sure I memorised his face," she told the court.

Meanwhile on Tuesday, prosecutor Nicholas Dunham said King was "imploring" Lampard to reply in one of his letters.

The letter said he was "pissed off" about what was happening in his life and said Lampard and her "mates" at ITV and in the media should be "ashamed", especially her.

Mr Dunham said it was never made clear why Mr King blamed Lampard for the situation he found himself in.

Mr Dunham said: "There is no doubt that Mr King was utterly obsessed with Mrs Lampard."

He said the most obvious example of this was King's visit to Belfast one Christmas in the hope of meeting Lampard.

King was bailed and the judge adjourned sentencing until July 27.