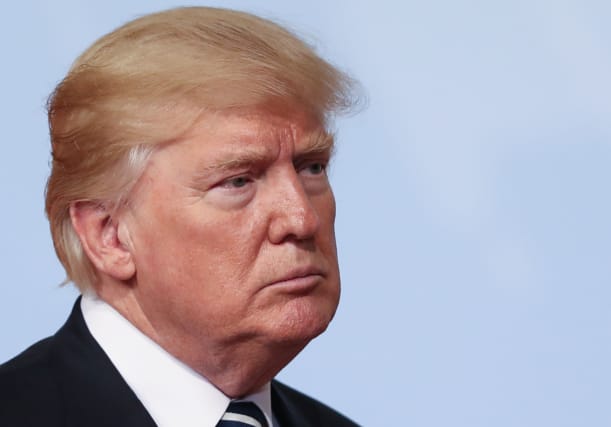 Donald Trump's decision to hit EU steel and aluminium imports to the US with tariffs is "unjustified", Theresa May has said.

She added her voice to calls for British and European products to be exempt from the charges, saying they contributed to US national security projects.

It came after the EU said it would introduce retaliatory tariffs after Mr Trump's "illegal" and "dangerous" decision.

Mrs May said: "I am deeply disappointed at the unjustified decision by the US to apply tariffs to EU steel and aluminium imports.

"The US, EU and UK are close allies and have always promoted values of open and fair trade across the world.

"Our steel and aluminium industries are hugely important to the UK, but they also contribute to US industry including in defence projects which bolster US national security.

"The EU and UK should be permanently exempted from tariffs and we will continue to work together to protect and safeguard our workers and industries."

Cecilia Malmstrom, the EU trade commissioner, announced the EU would be seeking to implement a number of retaliatory tariffs on American products by June 20.

Ms Malmstrom accused Mr Trump of "playing a dangerous game" as she confirmed the EU would be taking "proportionate and measured" action against the US.

The commissioner refused to say Mr Trump had started a trade war, but said he had created a "very worrying situation".

She added: "This is further weakening the transatlantic relations and it also increases the risk of severe turbulences in the markets globally."

Ms Malmstrom said a final decision on what products would be hit with tariffs had not yet been made, but added that they would be from an already published list which includes the likes of Levi's jeans, bourbon whiskey, cranberries and peanut butter.

She said: "We are not seeking to escalate any situation but we need to respond and we'll do so in a measured manner, but not responding would be the same as accepting these tariffs which we consider are illegal."

International Trade Secretary Liam Fox previously said in a statement that the UK would support any EU appeal to the WTO.

Gareth Stace, director of trade body UK Steel, said he was "very, very worried" about the potential impact of a "double whammy" on British producers from the Trump administration's decision.

UK steel producers could be shut out of an American market where they sold around £350 million of exports last year, while also facing increased competition from a "tsunami" of as much as 25 million tonnes of cheap steel diverted away from the US, he told BBC Radio 4's World At One.

He added that it was too early to speculate on the likely impact on jobs, but said: "At worst, we could fall straight back into the crisis we suffered in 2015/16, which was the worst steel crisis in a generation.

"We are heading for a trade war, which is going to be all losers - there will be no winners. The US economy will suffer as much as any other economy."

He told Radio 4's Today programme: "The president has said that he believes he could win a trade war, we think that a trade war is in nobody's interests."