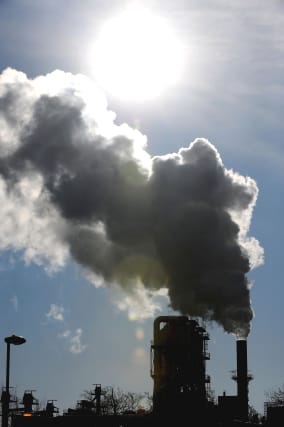 A cross-party coalition of MPs and peers is calling on the Prime Minister to enshrine a net zero greenhouse gas emissions target in law.

The call follows the announcement that the Government will consult on bringing the UK's emissions reduction target in line with the Paris Agreement on climate change.

To meet its obligations under the Paris deal the UK must set a target of net zero for greenhouse gases before 2050.

Net zero means reducing carbon emissions close to zero and then balancing out any remainder by, for example, planting trees or restoring peatlands which soak up carbon from the atmosphere.

Former Conservative Party leader Michael Howard, now Lord Howard of Lympne, said: "Britain has a proud history of leadership on climate change, from the Rio Agreement which Sir John Major and I signed in 1992, to the recent Paris Agreement where the UK played a vital role.

"Given the commitments in the Paris deal it is absolutely right that we now look again at our long-term targets, and look to introduce a net zero target in this parliament."

Lord Howard is one of a number of peers and MPs calling for such a move.

In a letter that will be sent to the Prime Minister, the group argues that, given existing advice from the committee on climate change and emerging net zero targets in other countries, the UK must set a target of net zero for greenhouse gases before 2050.

The parliamentarians say net zero will, as well as helping to tackle climate change, "get rid of the exhaust pipe emissions that pollute the air we breathe, and it will help to bring about the restoration of our natural habitats".

Mr Clarke said: "Setting ourselves the goal of net zero emissions will spur innovation, building on existing British know-how to get us all the way to net zero, creating new industries and jobs across the UK in clean technologies like carbon capture and storage."

"Much of the technology we need to reach net zero is already available and setting a net zero target will focus efforts on finding solutions and give business certainty.

"The Government should move quickly to set a net zero target to make sure that the UK doesn't fall behind the curve when it comes to green technology, finance and innovation."