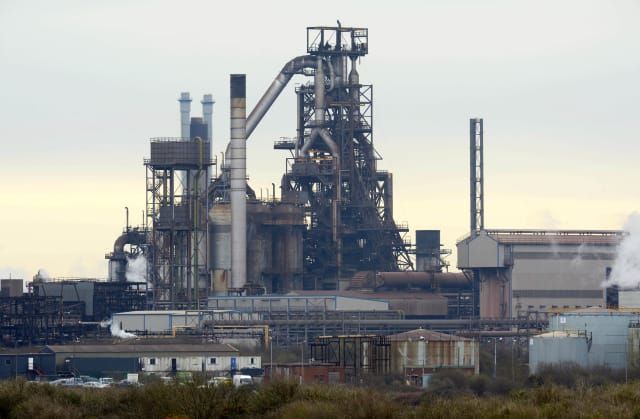 The confirmation that the US is to impose tariffs on EU steel has been described as "another body blow" for the industry, by a long-time worker at a major UK plant.

The steelworks employs around 4,000 people - thought to include 10% of the local population - and is at the heart of the town.

"It's not just the 10% who work in the steelworks. You've got associated businesses that deal with the steelworkers, the shift workers who go to garages, they go to shops.

Tata's own website states that the plant is "an integral part" of local communities.

Mr Turner, known as Pasty to co-workers due to his Cornish roots, said people feel "everything is against us" as he aired concerns around steel "dumping" as a result of the tariffs.

There is a major worry that the UK steel market will become saturated if other countries subject to the charges end up "dumping" their steel into Britain, pushing prices down, he said.

The 53-year-old, who has worked at Port Talbot for 30 years and is with the Unite union, said: "Everybody just feels everything is against us. We've got Brexit and nobody knows what that's going to do. Now with the tariffs being on us, we're not 100% certain what that does mean for us.

He said workers, who have fended off the closure of the plant, are rarely surprised by bad news now, but, like a boxer in a ring feel "punch-drunk" due to uncertainty around their jobs.

He added that there is a fighting spirit and people remain hopeful for the future.

"We never give up," he said. "If we had given up, Port Talbot would've been shut two, three years ago. We will keep fighting, we will find ways to get around all these things. If we can't go into the American market then there's other markets out there we will try and get in to."