Theresa May condemns knife and gun attack in Belgium 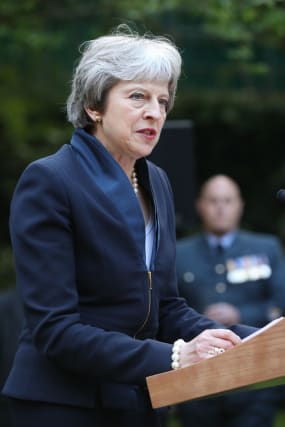 Prime Minister Theresa May has denounced a "cowardly" knife and gun attack in the Belgian city of Liege which left two police officers and a member of the public dead.

A man stabbed two officers and took their guns before shooting them and a 22-year-old man sitting in a vehicle parked nearby.

He took a woman hostage in a school before being himself shot dead by police.

A senior official at the federal prosecutor's office told the Associated Press news agency there were "indications it could be a terror attack".

In a message on Twitter shortly after the outrage, Mrs May said: "My thoughts are with the victims of today's cowardly attack in Belgium and their grieving families.

"The UK stands resolute with our Belgian allies against terror."

Belgian prime minister Charles Michel has so far described the attack as "a serious incident", while the country's federal crisis centre said there was "absolutely no confirmation yet that the incident is terror-related".

Video posted on Twitter by a person claiming to be a witness showed people running in the area.

About six gunshots could be heard.