Call for ban on cartoons to promote junk food 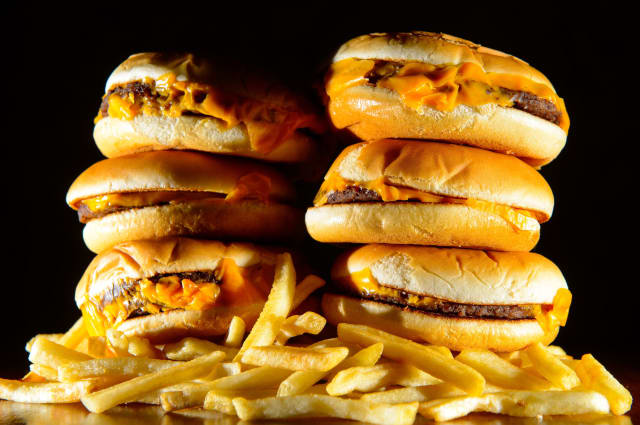 Cartoon characters should be banned from promoting junk food to improve childhood obesity rates, a leading group of MPs has suggested.

The Health and Social Care Select Committee has called for a ban on "brand-generated characters or licensed TV and film characters" which are used to promote foods high in fat, sugar or salt on broadcast and non-broadcast media.

Such a ban would mean that characters such as Tony the Tiger and the Milky Bar Kid would have to be dropped or used to promote healthier products. And cartoon characters from the latest summer blockbuster would no longer appear on the packaging or adverts for fast food.

But characters such as the Jolly Green Giant could continue to be used to promote vegetables.

When TV chef and campaigner, Jamie Oliver gave evidence to the committee he said that cartoons and superheroes should not be used to "peddle rubbish".

Instead they should be used to promote healthy foods, he added.

Meanwhile, the MPs have urged the Government to take action on advertisements when it produces its next chapter of its childhood obesity plan.

Health campaigners have long been calling for a 9pm watershed on junk food adverts - saying that the current restrictions do not apply to "family viewing time".

Meanwhile, supermarkets should also be forced to remove confectionery and other unhealthy snacks from the ends of aisles and checkouts. And junk food price promotions, such as multi-buy discounts and "extra free" promotions, should be restricted, the MPs added.

The Government should also give local authorities more powers to "limit the proliferation of unhealthy food outlets in their areas".

Councils should also be able to limit junk food and drink billboard advertising near schools.

The raft of recommendations come in the committee's latest report into childhood obesity.

The group of MPs call for a "whole system approach" to tackle the issue.

This includes a call for the Government to end sponsorship deals by brands overwhelmingly associated with high fat, sugar and salt products of sports clubs, venues, youth leagues and tournaments.

Meanwhile, social media sites such as Facebook and YouTube should reduce children's exposure to inappropriate advertising and marketing, including advergames.

A recent report from Public Health England showed that the food industry has failed to meet a sugar reduction target set by the Government.

Retailers, manufacturers, restaurants, cafes and pub chains were told to cut 5% of sugar by August 2017. But the report showed that food manufacturers and supermarkets only cut out 2% over the first 12 months of the sugar reduction programme.

Puddings had actually increased the amount of sugar and chocolate bars had made no change whatsoever.

MPs called for the Government's next childhood obesity plan to set out further "fiscal measures" under consideration following the sugar tax on soft drinks.

They also called for the tax to be extended to milk-based drinks such as milkshakes.

"Children are becoming obese at an earlier age and staying obese for longer," said Dr Sarah Wollaston, Conservative MP and chairwoman of the committee.

"Obesity rates are highest for children from the most disadvantaged communities and this unacceptable health inequality has widened every year since records began.

"The consequences for these children are appalling and this can no longer be ignored."

Commenting on the report, Dr Max Davie, officer for health promotion for the Royal College of Paediatrics and Child Health, said: "Just this week, the scale of the country's obesity problem was propelled back into the spotlight as over 22,500 10 and 11-year-olds are classed as being severely obese, so this report is extremely timely.

"The committee is right, the key to a reduction of obesity is prevention and we must not hang around, action must be taken now."

Dr Modi Mwatsama of the Obesity Health Alliance, said: "This is a superb report that reflects what obesity campaigners have long been saying; the UK is in the midst of an obesity epidemic and government must take strong measures to tackle childhood obesity if we're to prevent this spiralling beyond control.

"The ban on junk food advertising prior to the 9pm watershed is a much-needed measure, as is toughening up on promotions and the marketing of unhealthy food at children.

"We hope government takes note and that these recommendations are reflected in the impending chapter two of their obesity plan."

A Department for Health and Social Care spokeswoman said: "Childhood obesity is a complex problem, decades in the making.

"That's why we have the most ambitious plan in the world to tackle it, our sugar tax is funding school sports programmes and nutritious breakfasts for the poorest children, and we're investing in further research into the links between obesity and inequality.

"We've always said that our 2016 plan was the start of the conversation, not the final word on obesity.

"We are in the process of working up an updated plan, and will be in a position to say more shortly."

Commenting on the report, Stephen Woodford, chief executive of the Advertising Association, said the UK has "among the strictest rules in the world" on advertising products that are high in fat, sugar and salt to under 16s.

"We remain of the view that measures such as a 9pm watershed would be ineffective in tackling the complex root causes of childhood obesity which are linked to a whole range of factors, including socio-economic background, ethnicity and educational attainment," he said.

Reacting to the report, Oliver said: "The Committee are absolutely right. There are no silver bullets.

"The Government needs to launch a multi-pronged strategy that pulls every possible lever to help support better outcomes for our kids.

"In turn, we need to make healthier food cheaper and more easily available for parents.

"Theresa May needs to own this now. The future of the NHS is at stake"