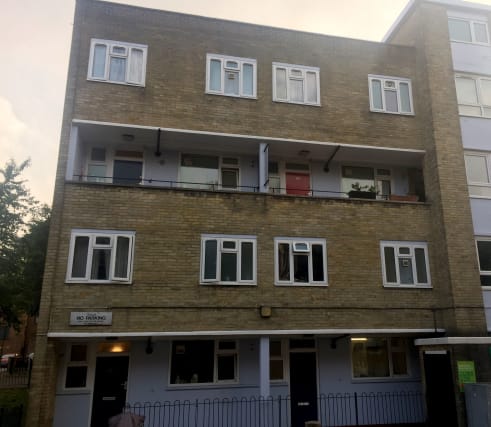 A 95-year-old man who is believed to suffer from dementia has been arrested on suspicion of murder over the death of his female carer.

Two ambulance crews arrived at his first-floor flat in Islington, north London, on Thursday morning after a neighbour heard a scream at around 4am.

A 61-year-old woman was taken to hospital with head injuries but died just before 11am on Friday morning.

Scotland Yard detectives believe she was injured in the flat, where she was working as a carer. She is understood to have been an employee of a care agency commissioned by Islington Council.

The 95-year-old man, who neighbours said was frail and uses a walking stick, was taken to hospital as a precaution after being arrested on suspicion of murder.

The Metropolitan Police said he was granted bail but will remain in hospital until he is moved to somewhere "his complex health and care needs can be managed".

A neighbour who has been living in the 95-year-old's block of flats in Holloway for 10 years said he was rarely seen outside his home since he and his wife fell ill.

The woman, who did not want to be named, said another neighbour told her of hearing a scream in the early hours of Thursday morning.

She said the elderly man would normally have a carer looking after him and he was occasionally visited by family members.

"It's a surprise. They are a very good family," she said.

"I don't know what's happened. I was coming home from work and saw police upstairs.

"Another neighbour heard a scream at about 4am, but I didn't."

Councillor Richard Watts, leader of Islington Council, said: "We are devastated to hear of the death of a carer in Islington.

"Our thoughts are with her family and friends at this desperately sad time."