Proportion of people searching for tracker mortgages 'rose in May' 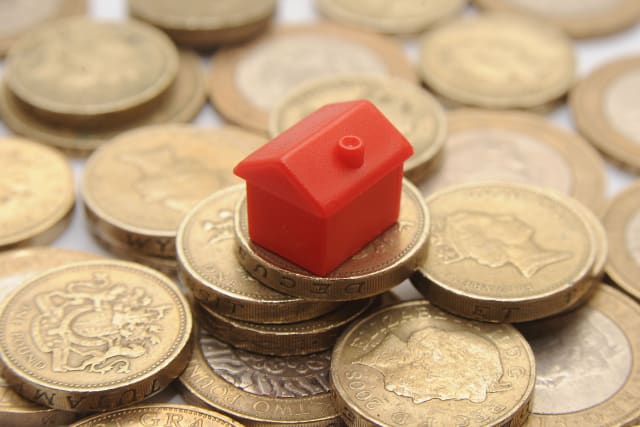 The proportion of people searching for tracker mortgages jumped in May as the Bank of England base rate was held at 0.5%, according to a credit-checking company.

Experian said figures from its mortgage comparison services show nearly half (47.6%) of its mortgage shoppers looked at trackers - up from around a third (33.5%) in April.

Trackers are a type of variable-rate mortgage which commonly track the Bank of England base rate at a set margin. If the base rate changes, the mortgage interest rate also moves.

Tracker deals do not give borrowers certainty over their monthly payments in the way fixed-rate deals can, but if the base rate stays low then the tracker mortgage rate remains in line with this.

Experian said its findings suggest the Bank of England's decision to hold the base rate at 0.5% earlier this month has encouraged people to consider a tracker as a serious option.

Amir Goshtai, managing director of propositions and partnerships at Experian, said: "The increased interest in tracker deals could be seen as a consequence of the Bank of England's decision to hold interest rates once more.

"We will see if this appeal continues throughout 2018 and what impact any base rate rise will have on what mortgage shoppers are looking for."

Bank of England governor Mark Carney recently defended the decision to hold interest rates steady this month despite having signalled a hike in May.

Mr Carney said a hike was never set in stone.

He said: "We give guidance. The guidance is conditional on the economic outlook."

The Bank's Monetary Policy Committee (MPC) voted 7-2 to keep rates on hold at 0.5% following a shock slowdown in growth to 0.1% in the first quarter, as the impact of the Beast from the East compounded woes in the consumer and construction sectors.

Activity is expected to bounce back following the weather-hit quarter.