Jon Culshaw: I did Dale Winton impression during his funeral at family's request

Comedian Jon Culshaw has said Dale Winton's family wanted to hear the TV star's voice again when they asked him to do an impression at his funeral. 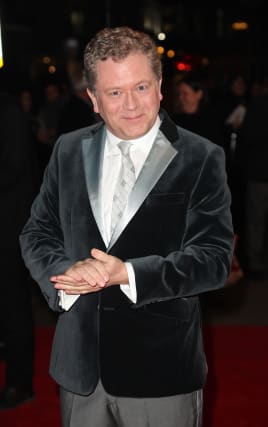 The Dead Ringers star described the celebration of his friend's life as "very moving," adding: "There was a great sense of celebration in it.

"Lots of happy memories from friends and moving recollections."

He told the Press Association: "I was asked to speak, and to have sections where I would take on Dale's voice, and at first I said, 'Are you sure?'

"And his friends and family said 'Yes of course, to hear his voice, that's really what we want.'

"So I wrote a verse and there were certain moments in it where I could do that, where it felt like a natural way to do it."

"It was such a celebratory ceremony, everyone's been saying that's exactly what Dale would have wanted, that sense of reverence and celebration and happy memories."

Sharing his own memories of Winton, Culshaw said: "His generosity, his warmth, his wit.

"When he appeared, there was no denying it, there it was, everybody was happier instantly.

"Everybody would smile hugely, and he made that happen just by being there.

"It was just like magic. I always describe it as like turning on the lights, and what a light.

"I'll remember his generosity, warmth and his skill as a presenter.

"He really knew how to run the show magically, you just watch back in awe, he was just fantastic all-round."

Speaking about the ceremony taking place on what would have been his 63rd birthday, Culshaw said: "Sixty-two is no age at all, but for today to happen on his birthday, there's something very right about that, it all feeds into the sense of celebration.

"The place was just packed. Not just with people but the most immense - it's hard to describe the emotions really - but it was everything.

"It was poignant, it was heartbreaking but celebratory as well, and full of thankfulness."