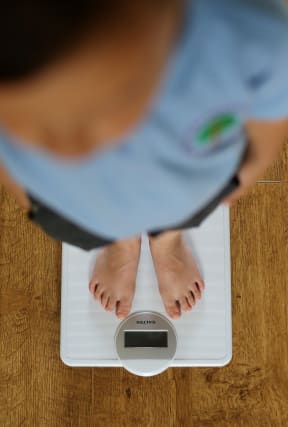 Leading doctors have expressed their disappointment over the food industry's "lack of progress" in reducing sugar in popular children's foods.

As part of a Government drive to curb soaring levels of childhood obesity, retailers, manufacturers, restaurants, cafes and pub chains were asked to cut 5% of sugar by August 2017.

But a new report by Public Health England found that for retailers' own brand and manufacturer branded products there has been only a 2% reduction.

Overall, officials called on the food industry to cut sugar in in popular children's products by 20% by 2020.

But the PHE report, which analysed the progress in the year after the Government's childhood obesity plan, found that chocolate, biscuits and puddings have shown no reduction in sugar.

Some leading medics questioned the voluntary approach for encouraging industry to cut sugar.

And the Royal College of Paediatrics and Child Health described the results as "hugely disappointing".

PHE said it "recognises there are more sugar reduction plans from the food industry in the pipeline" and that some changes to products took effect after the first year cut-off point.

Duncan Selbie, PHE chief executive, told the Health and Social Care Select Committee that the organisation had "struggled to be disappointed because it is such early days".

And the health body's chief nutritionist Dr Alison Tedstone told the group of MPs that it was a "glass half full" report.

But former Labour health minister Ben Bradshaw asked: "You say it is too early but why did you set a one year target which has been failed miserably?

"Some would say the original target was unambitious. What would it take for you to be disappointed and do something towards these manufacturers?"

Mr Selbie said he hoped to see progress accelerate before a similar report is published next year.

And he said that he believed the 20% reduction by 2020 could still be met.

Public Health Minister Steve Brine added: "The results are of the first year, they are not where we want them to be, but I think it is early days."

He also promised a second chapter to the Government's childhood obesity plan, which would set out "ambitious action plans".

The PHE document shows that only three categories of products - yogurts and fromage frais; breakfast cereals; sweet spreads and sauces - have reached the ambition to reduce sugar by 5%.

Meanwhile sugar in drinks subject to the sugar tax has reduced by 11% and average calories per portion by 6%, PHE found.

PHE has also published new guidelines for the drinks industry to reduce the amount of sugar children consume through juice and milk-based drinks.

Commenting on the report, Professor Russell Viner, president of the Royal College of Paediatrics and Child Health, said: "These results, whilst hugely disappointing, show that industry can reformulate but must do better.

"The 5% reduction target for the first year has only been met by three food groups, which doesn't bode well for meeting the 20% target by 2020.

"At best, this is industry being slow to react, at worst, and in reality, it seriously calls into question industry's engagement with the voluntary approach."

Professor Dame Parveen Kumar, chairwoman of the science committee for the British Medical Association, added: "These figures show a very disappointing lack of progress in tackling the massive problem of childhood obesity.

"What this proves is that relying on manufacturers to voluntarily reduce the amount of sugar in their products is a false economy, and change will only come through a mandatory approach backed up by regulation.

"With the UK displaying the highest levels of obesity in western Europe, with one in three children overweight or obese by the time they leave primary school, the government should do everything in its power to tackle this issue, and must think long and hard about making reformulating unhealthy food mandatory."

But Tim Rycroft, director of corporate affairs for the Food and Drink Federation, said: "In some categories we have always said that sugar reduction would be particularly challenging.

"Nonetheless many of those categories have made good progress in reducing calories.

"As PHE correctly point out, reformulation takes time - it can't happen overnight. Sugar reduction has considerable technical challenges; sugar plays a variety of roles beyond sweetness in food including colour, texture and consistency.

"It is for these reasons that we have long said that the guidelines are ambitious and will not be met across all categories or in the timescale outlined."